Object Alchemy is an ongoing project focusing on what it means to combine objects, and what the combinatorial act can mean for the creative processes of Machine Intelligences.
For the first phase of the project, I created a Grasshopper script that combines mesh files algorithmically. This was my final project for the Spring 2019 semester at Parsons MFADT. Work is ongoing to create an intelligent 3D GAN (generative adversarial network) agent that can intake two 3D mesh files and imagine what the combination between them might mean. I believe this to be of importance to the field of Machine Intelligence.

this project resulted in the successful offshoot Object Americana. 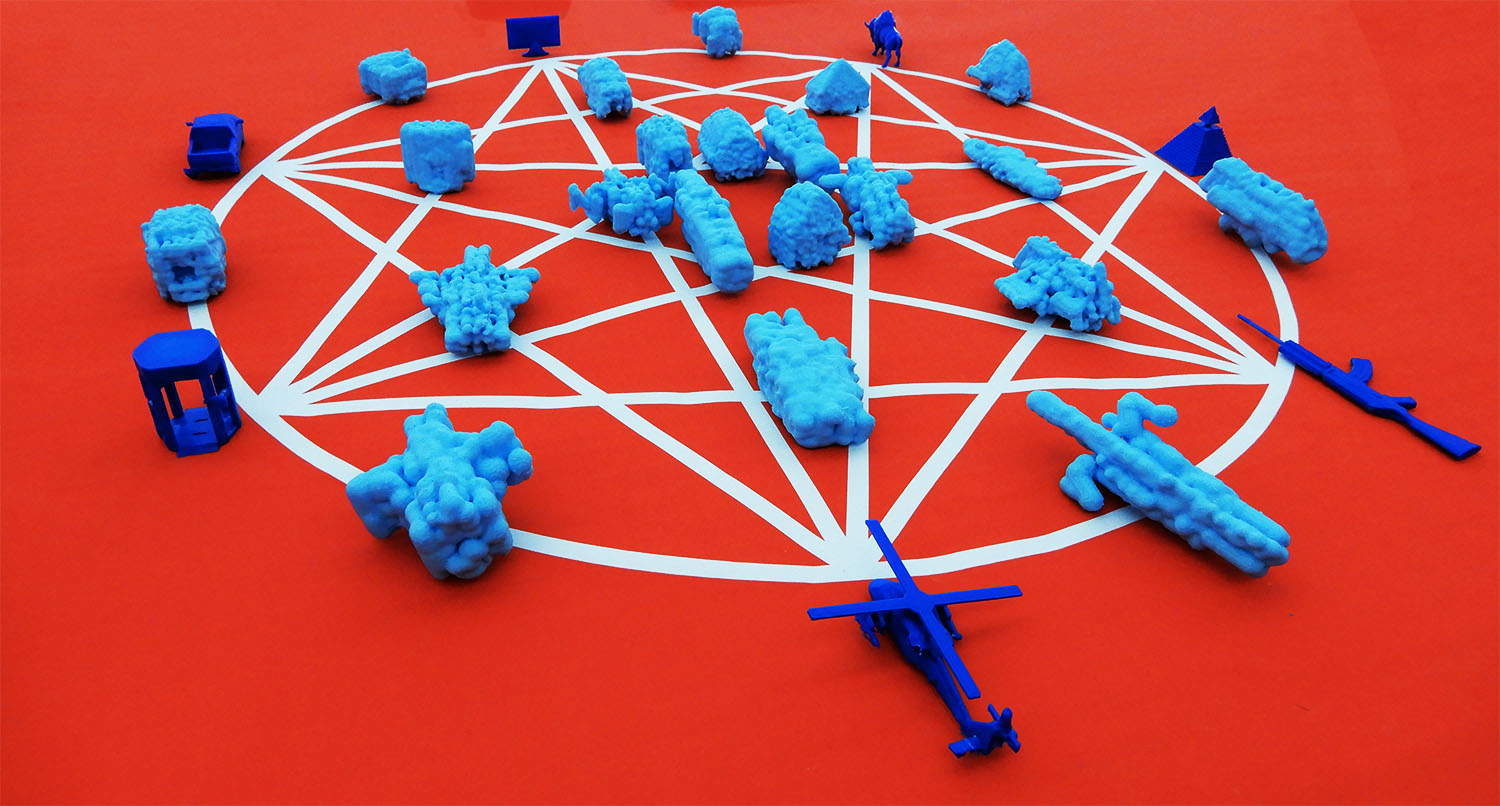 final arrangement of 3D-printed 'parent' and 'child' objects. Parents are royal blue; children are light blue. Children are combinations of their two respective parents and are placed on the the midpoint of the line drawn between them.

all 3D prints were created in-house by me. 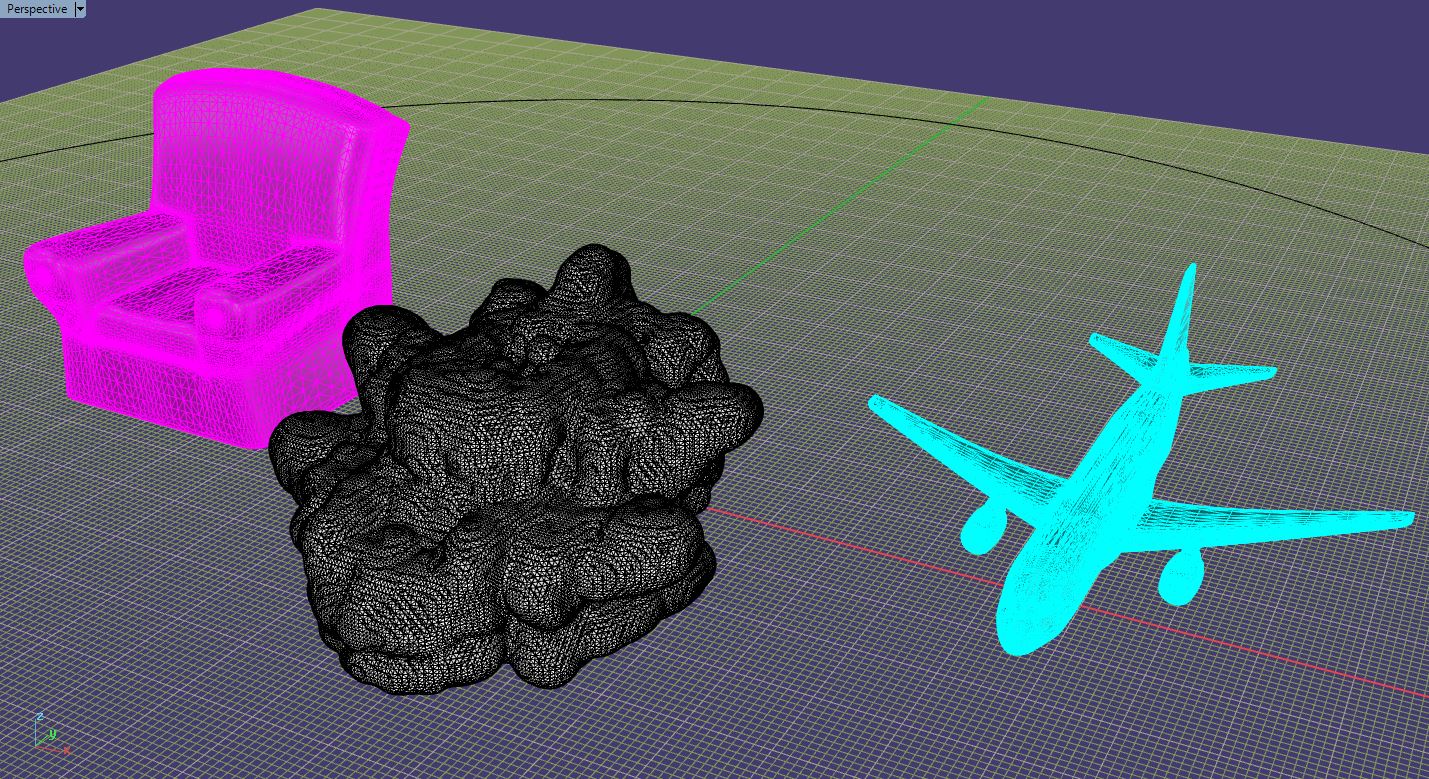 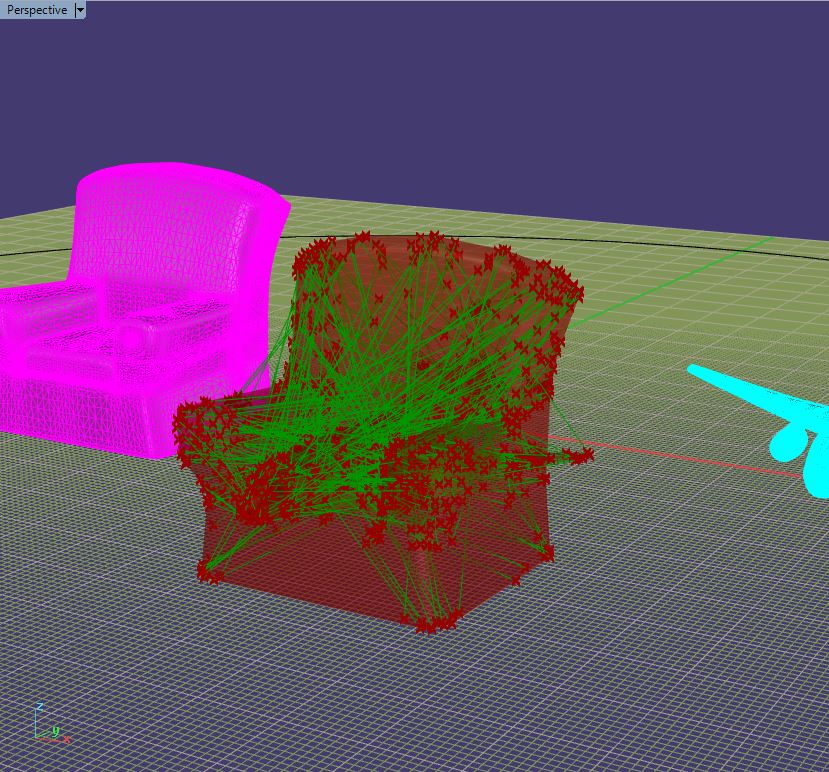 demonstration of the Grasshopper definition that combines input mesh objects. A volume of random points is generated around the two parent objects, and are then projected onto their surfaces. This is a random sampling of matching surface points between the two files.
Next, straight lines are drawn between the pairs of corresponding surface points, and the midpoints of those lines are found [second image].
Finally, those midpoints are taken as representing the 'shape' of the new child object, and the points are used in a metaball marching cubes algorithm to generate a surface which depicts the child [first image].
The children demonstrate quite satisfying fidelity to their parents, and each of the children objects generated presents a rather uncanny resemblance to both of their parents simultaneously. The ultimate goal of the 3D GAN phase of Object Alchemy will be to attempt to have a similar or better level of fidelity to the parent objects. 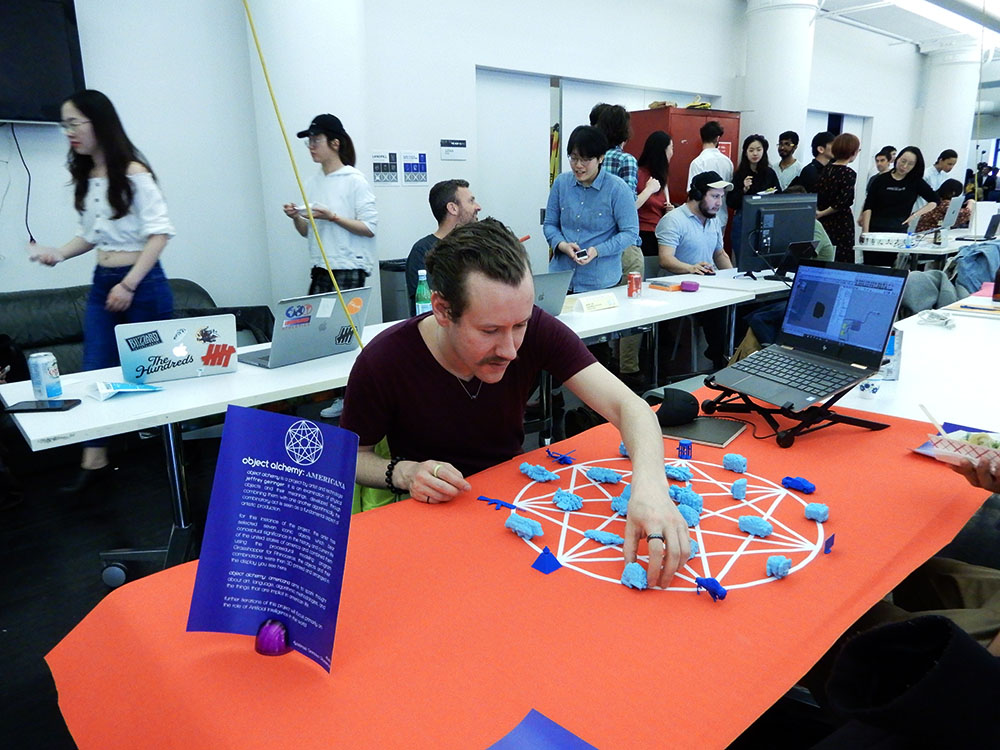 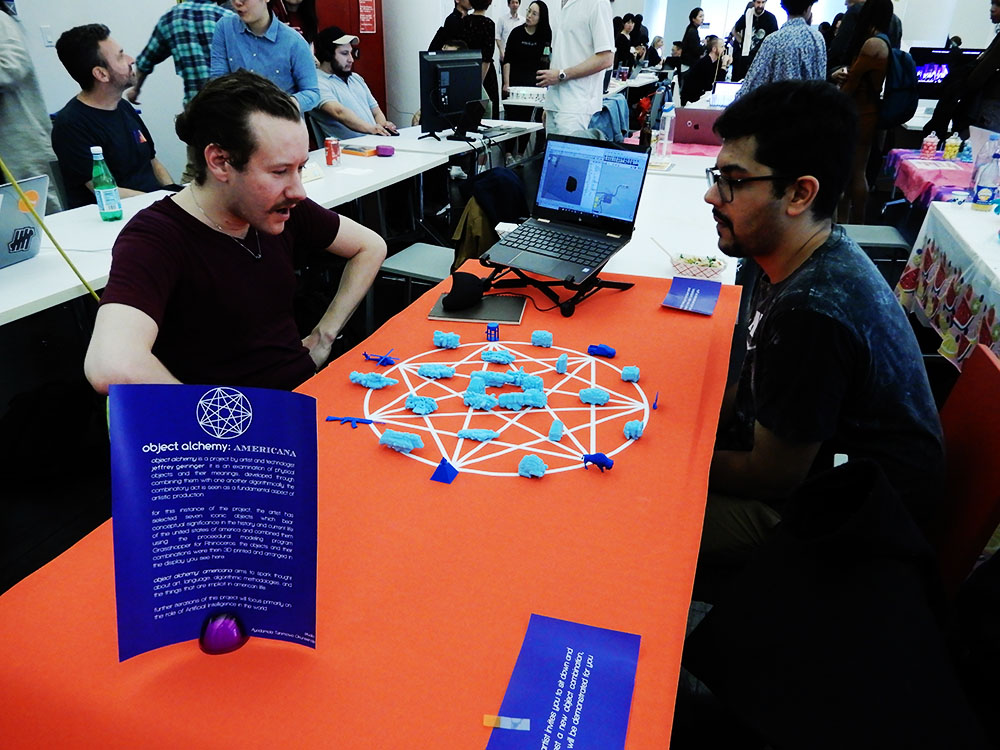 during the year-end 'MAJOR MAJOR' exhibition, i demonstrated the arrangment of parent and child objects, created under the theme of 'americana'. Exhibition goers were invited to sit down and consult with me in order to pick objects to combine live on the exhibition floor. I took their suggestions and found open-source 3D models online, then demonstrated my Grasshopper combinatorial method right in front of their eyes.

i believe this experience ultimately led me to conduct Object Americana with an eye toward the wisdom of crowds. For that ultimate manifestation of this project, i conducted a poll to determine which objects to combine. 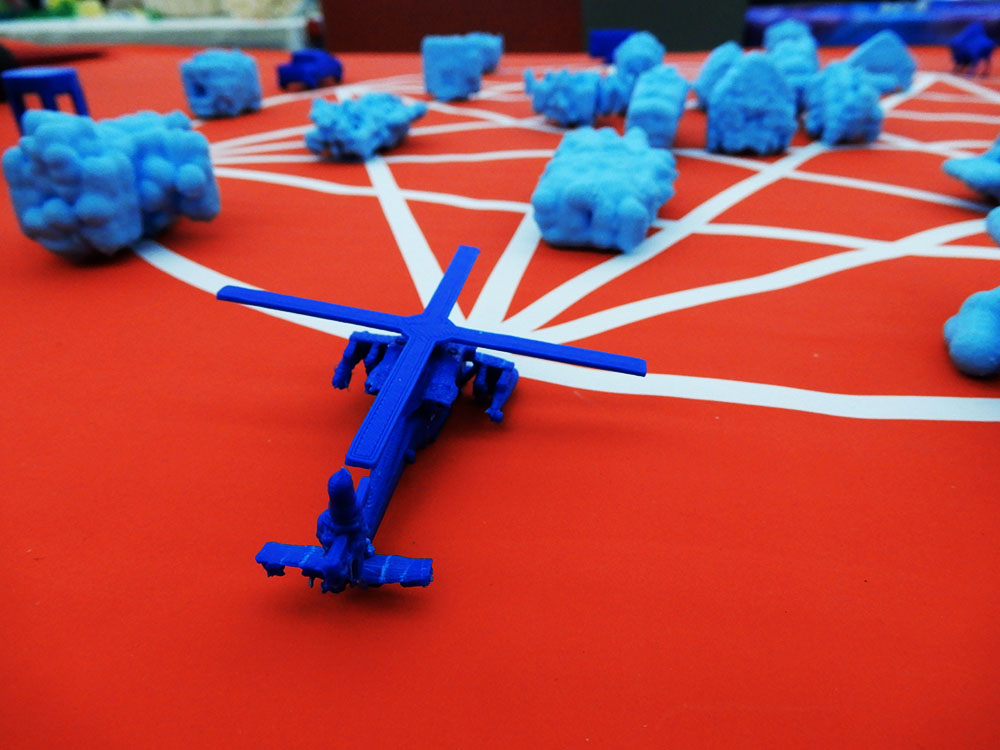 a blackhawk helicopter, taken by me as a consummate token of contemporary 'americana' along with a buffalo, flatscreen tv, Ford F-150, TSA body scanner, AR-15 assault rifle, and Masonic All-Seeing Eye pyramid.