One Atmosphere Entirely (2012) is work of science fiction graphic design, my undergraduate thesis. It encompasses the political and deeply spiritual implications behind attempting to create a new atmosphere on the planet Mars. For me, this means a process of transforming humanity much as humanity desires to transform the red planet. This project was strongly influenced by Kim Stanley Robinson, an excellent author of very hard sci-fi novels about the near future. If this interests you, please read his Mars Series!

[on mobile, you can pinch to zoom in on images.] 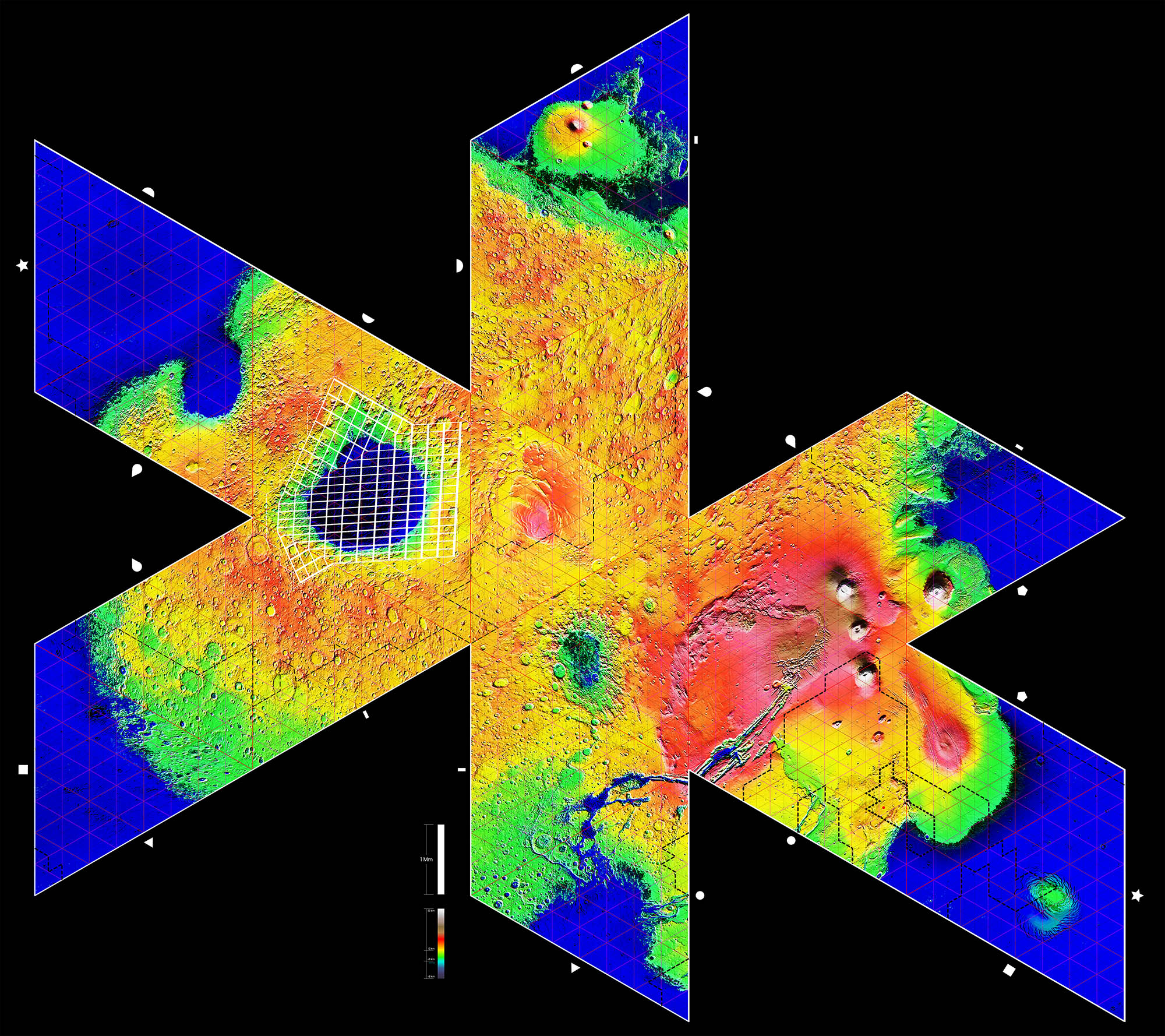 the main output of this project was a cartographic endeavor. i created the very first Dymaxion map of Mars. The Dymaxion projection is based on the work of R. Buckminster Fuller, one of the most visionary futurists and engineers history has ever produced. It was developed in order to create a map with the least amount of distortion possible, working to oppose the Occidental bias present in more common map projections.
the central concept of this project is that a more equitable map and corresponding alternative grid system would function to radically shift the mindset of humans settling a new planet for the first time in our species' history. The map above shows the timeline of my imagined future for that process, with a new civilization style spreading out from the red dot you can see if you look carefully in the lower-right part of the map, between the circle and pentagon edge indicators. The dashed line shows the spread of this culture, while the white grid overlaying Hellas Basin demonstrates a cultral shift that might occur when two opposing cartographic systems encounter one another.

below, you can find some details of the above map as well as alternative configurations for the projection that i created before settling on the final one. They more closely resemble the official Dymaxion map of our planet Earth. 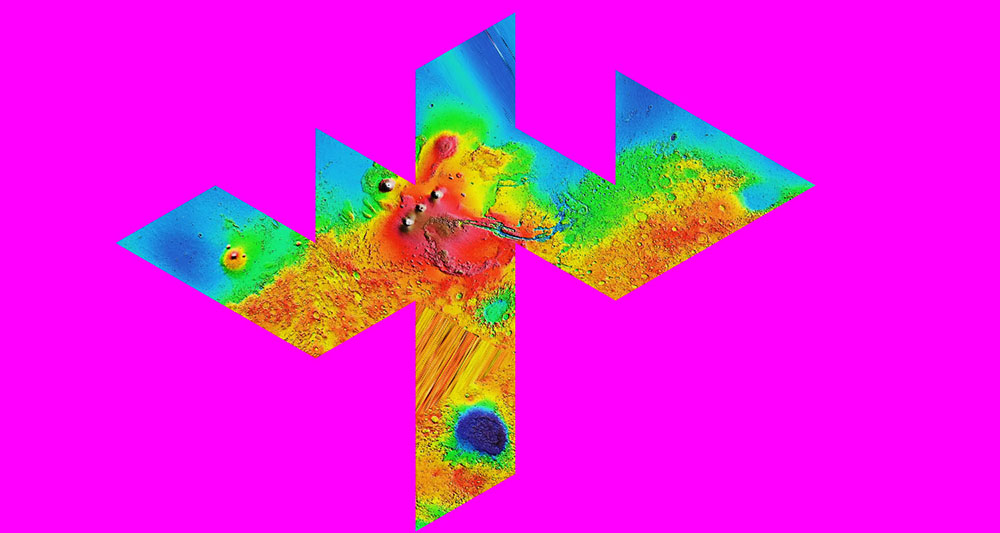 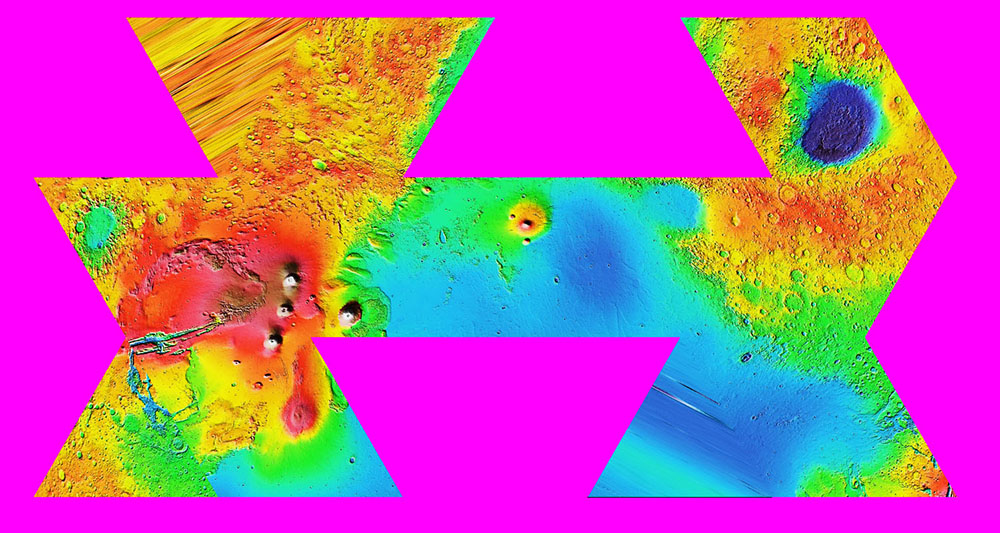 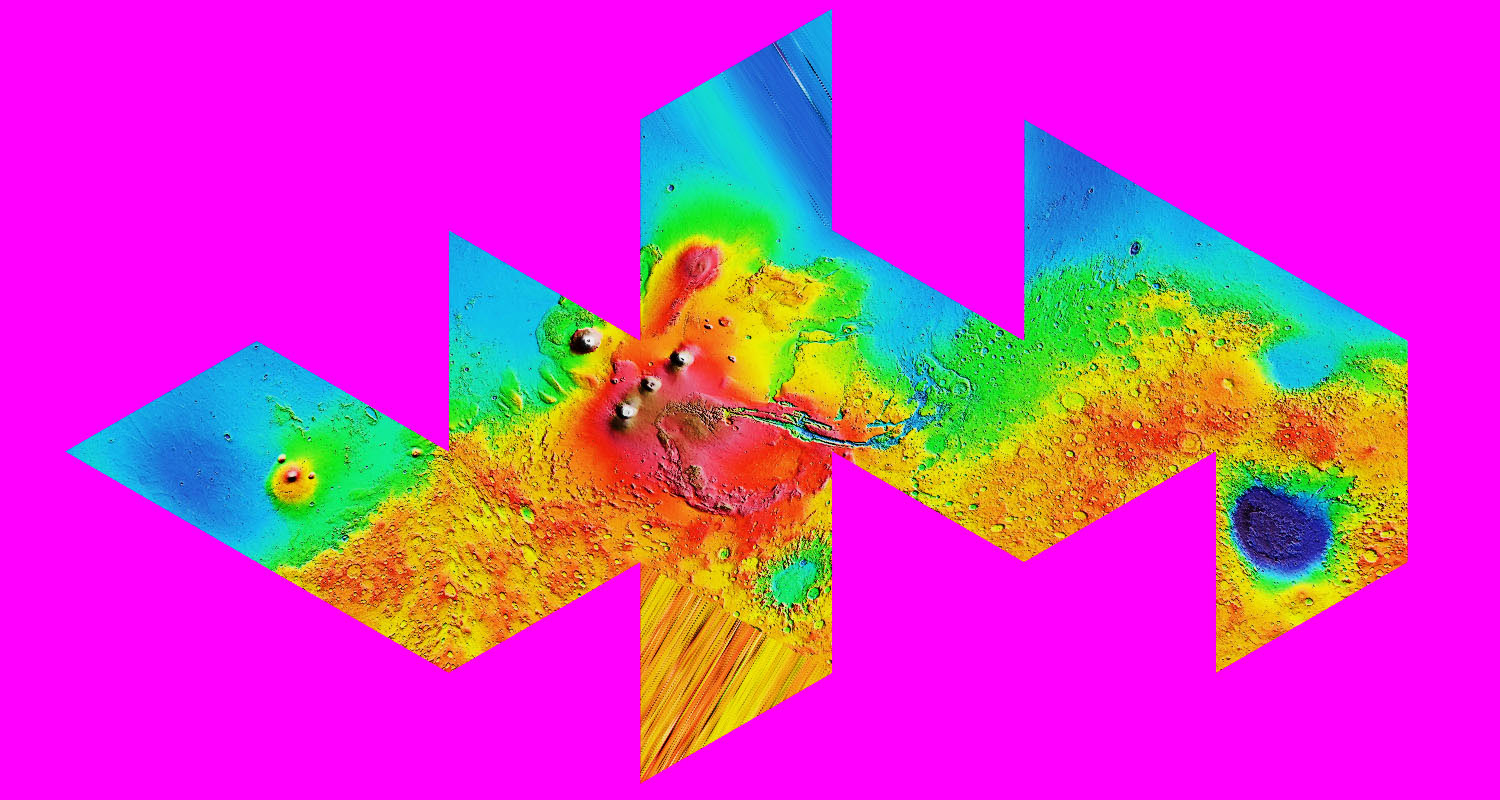 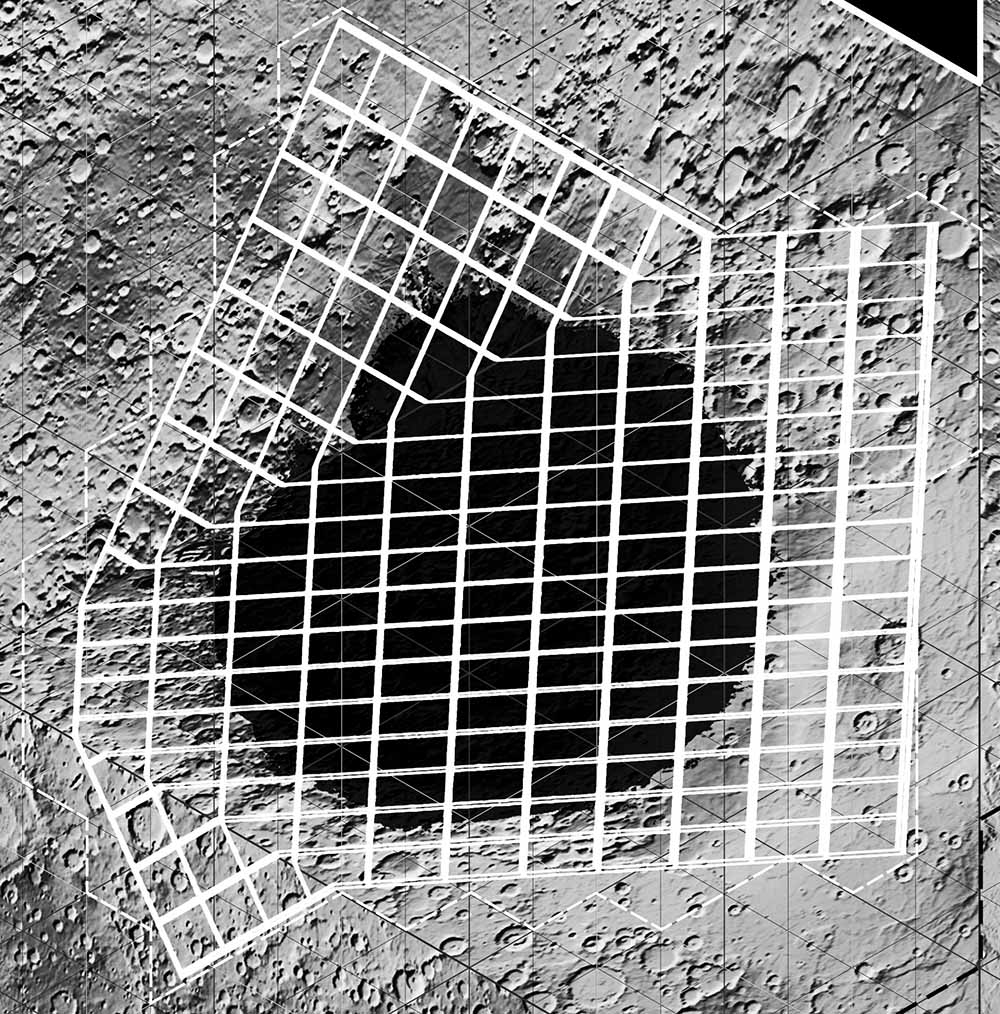 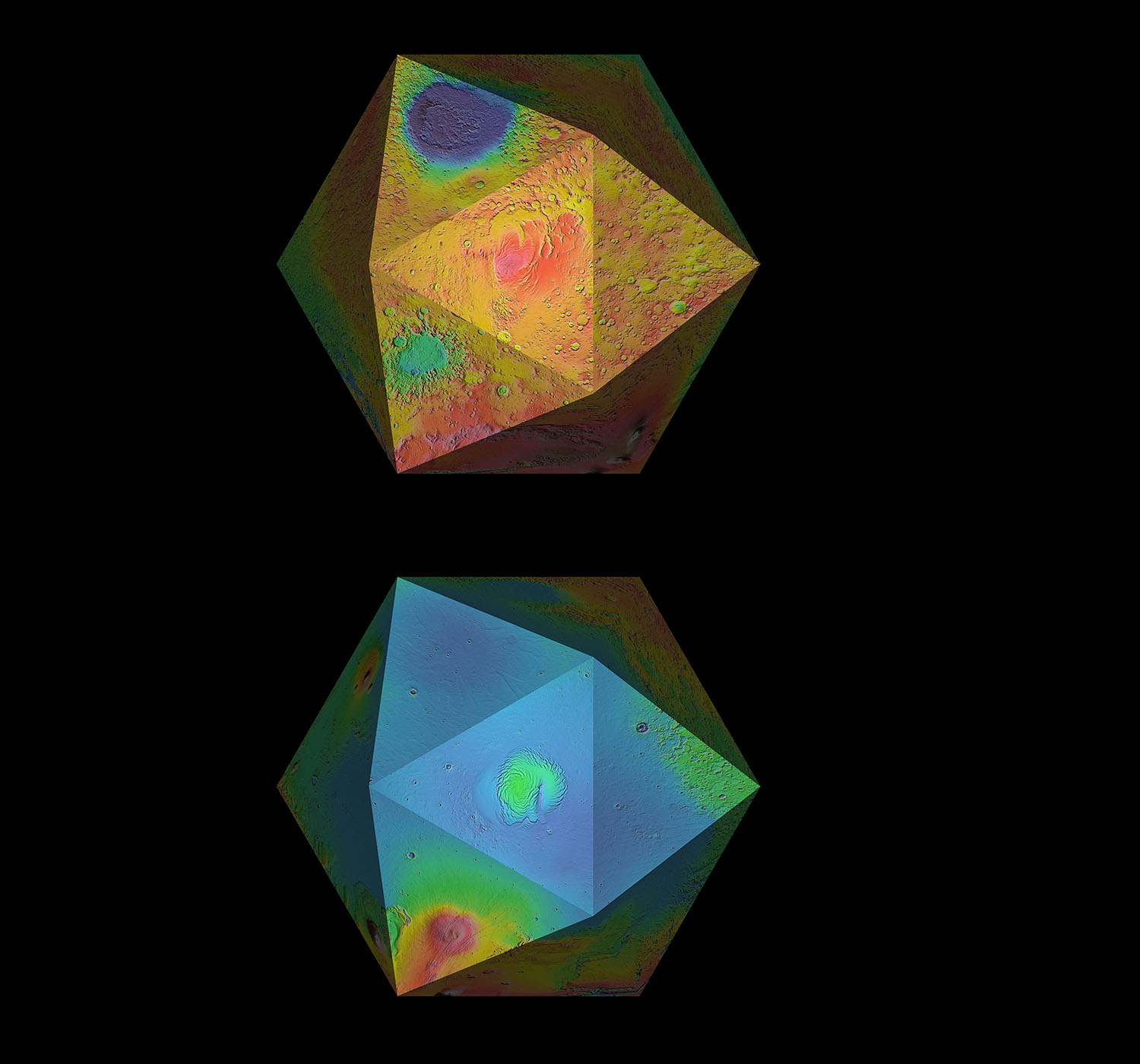 finally, the last component of the project was a series of massive-scale banners that were printed two stories high and hung on four separate columns in Carnegie Library on Syracuse University's campus as my final exhibition, along with a high-quality print of the main map above.

the lower, informative part of the banners are recreated here. The upper 15 feet of their length causes extreme eye strain and has been truncated.