in the years before i started my Master's degree, i was an established freelance interior architect working primarily for the conglomorate Bowlmor AMF (now Bowlero Corp), by far the largest bowling alley operator in the world.
i joined the team in 2014 at a strange moment; the smaller company Bowlmor had just acquired AMF, which was bankrupt in the wake of the 2008 market crash. They had over 300 AMF alleys to refurbish, and i was hired to assist with wall graphics and interior architecture. This primarily consisted of making winnebago snack bars and interesting paint schemes. 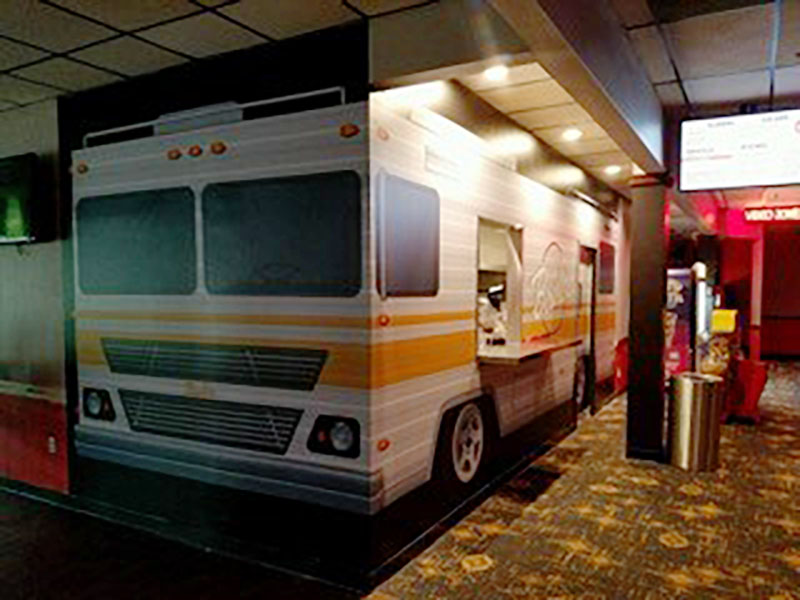 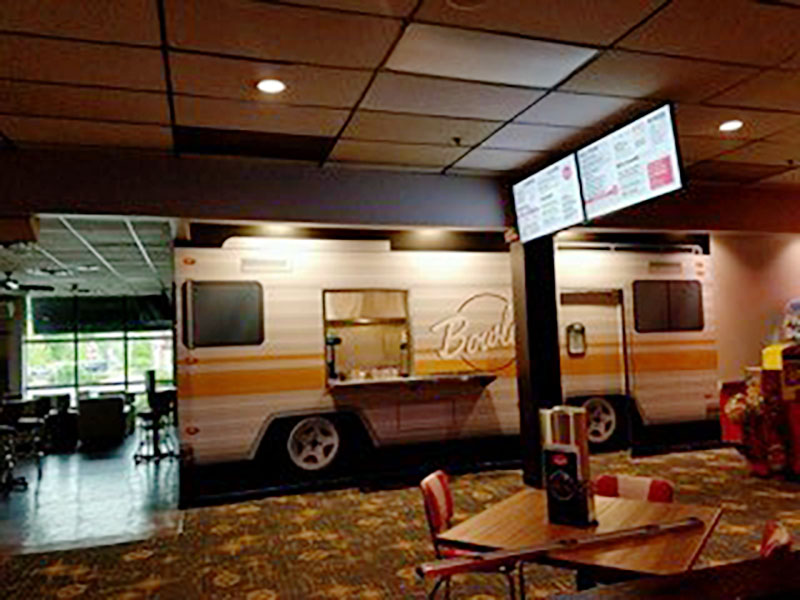 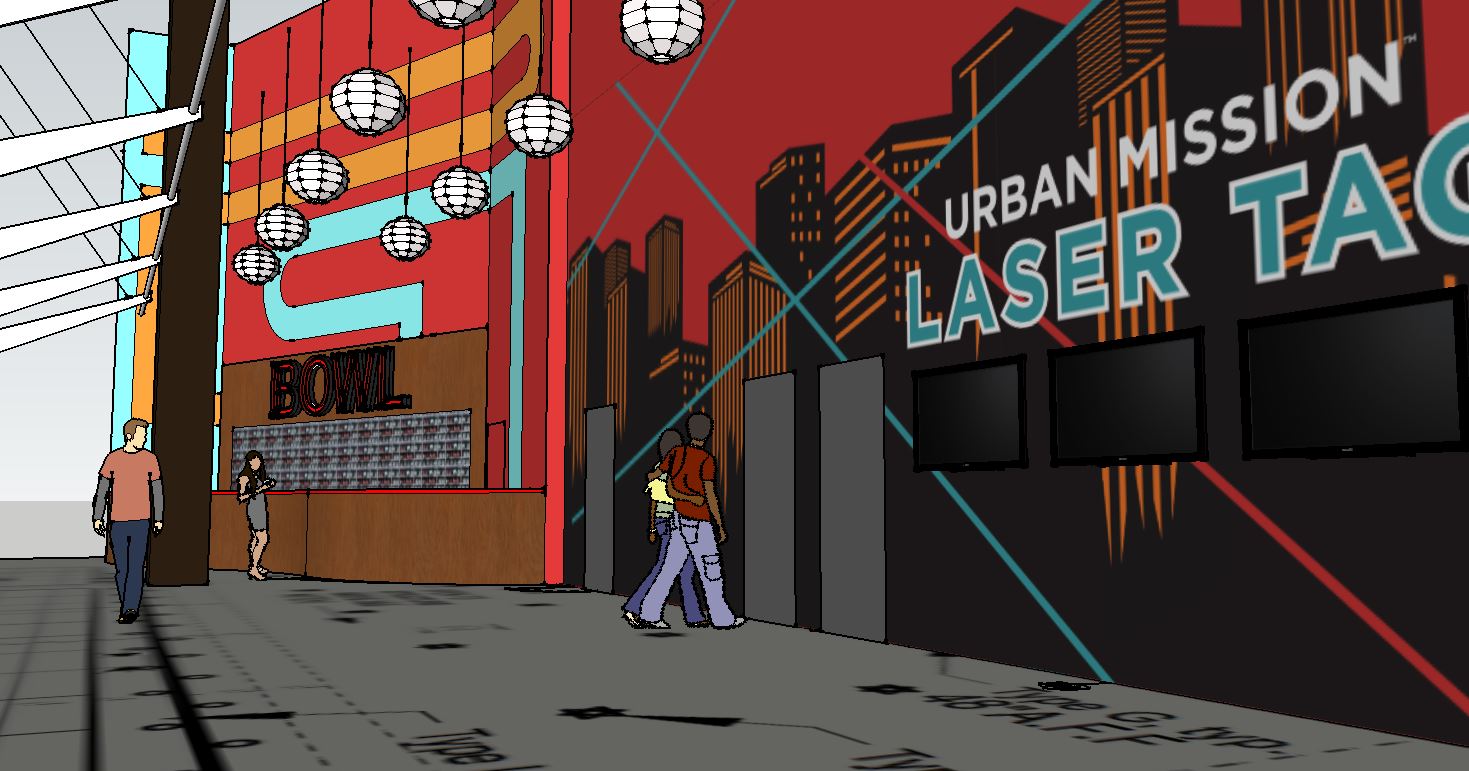 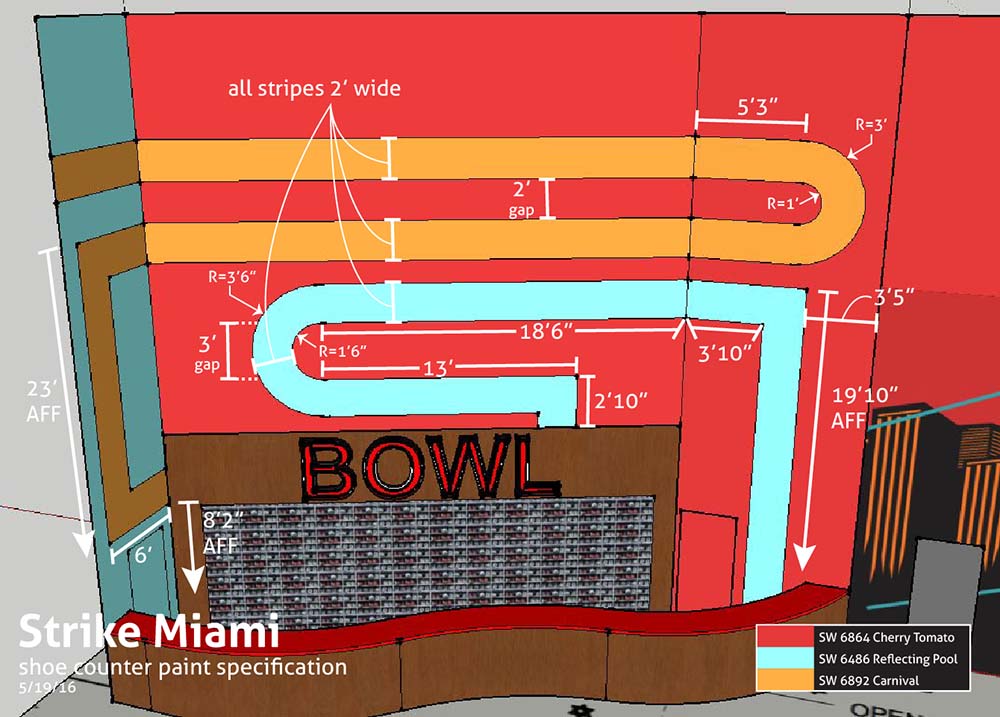 finally, one of the last projects i worked on was the Times Square headquarters and flagship massive bowling center, the beating heart of Bowlmor. The entire building was getting an overhaul, and i was thrilled to come in to work and actually go back out into the business side with my tape measure to make physical measurements that had been lost in the documents.

i worked on virtually all of the interior walls, but my greatest accomplishment was creating the scheme for the 'Central Park Boathouse' themed alley occupying a wing of the complex. i actually took many of the photos used in the wall graphics myself! i also came up with the plan to implement rope-wrapped columns, like a dock (after the renderings below were created). i even sourced some excellent fake trees for between the lanes, but alas they were out of budget. If you find yourself in Times Square, you can go see my handiwork at the Bowlmor flagship location! 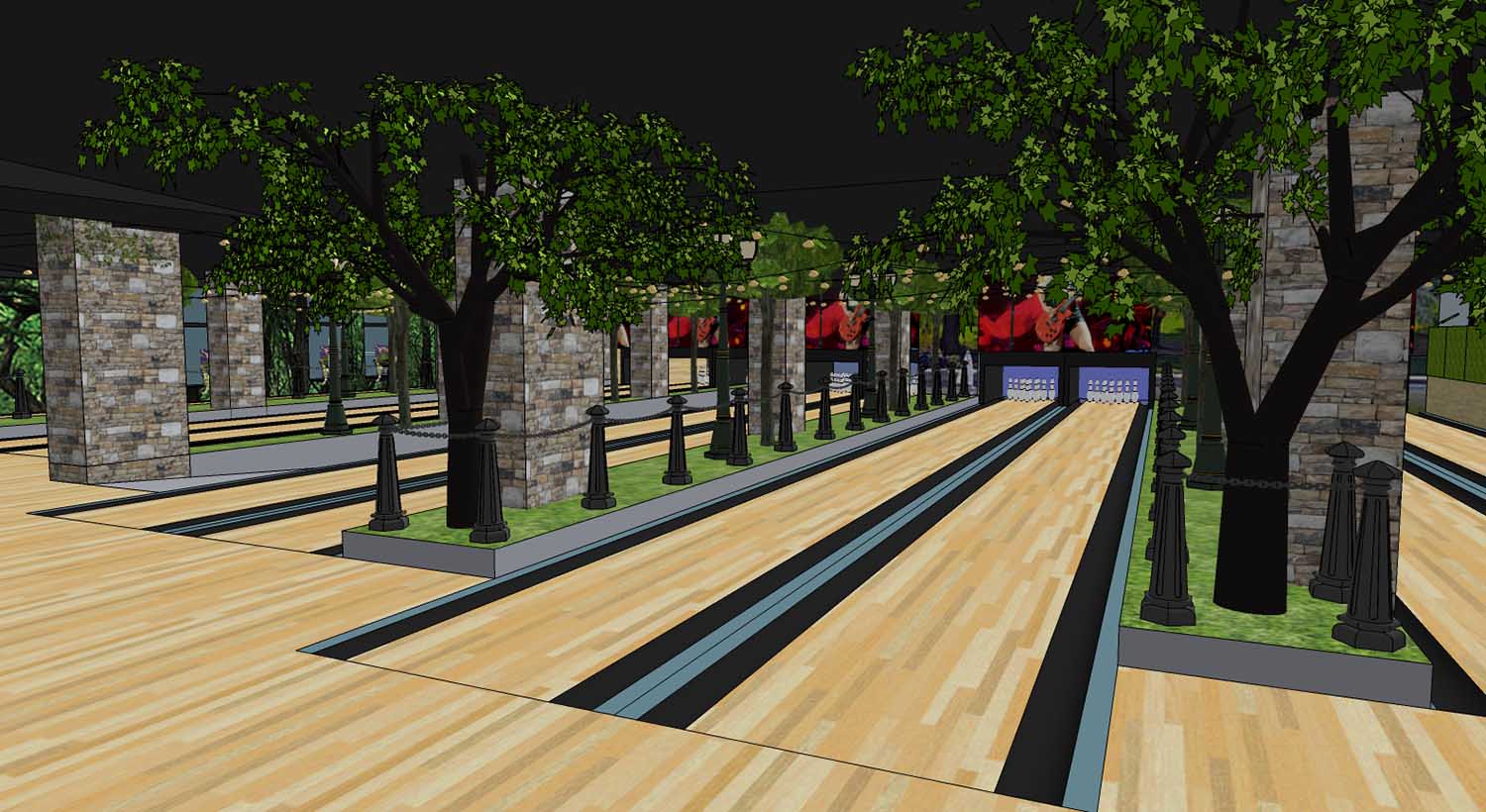 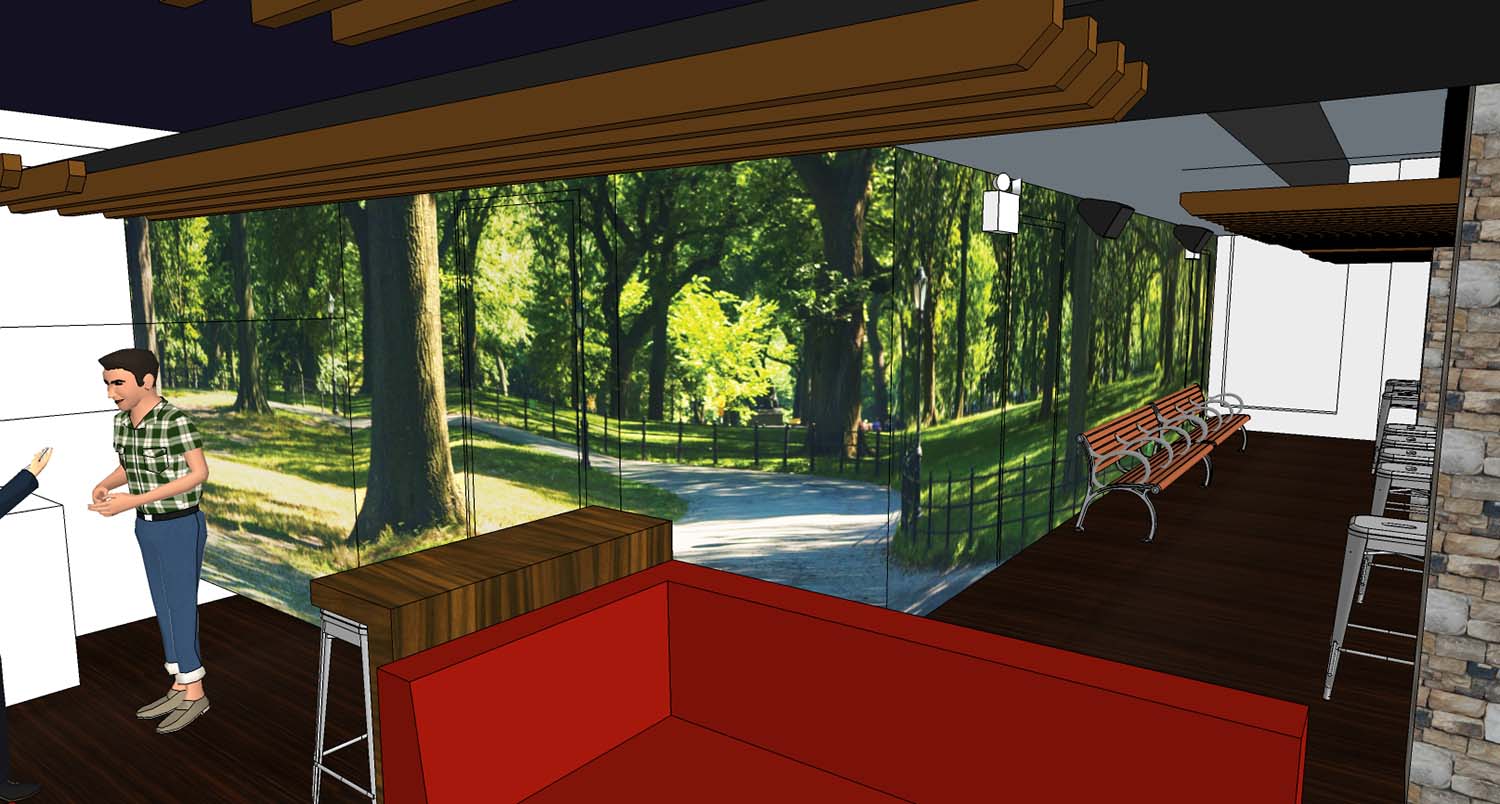