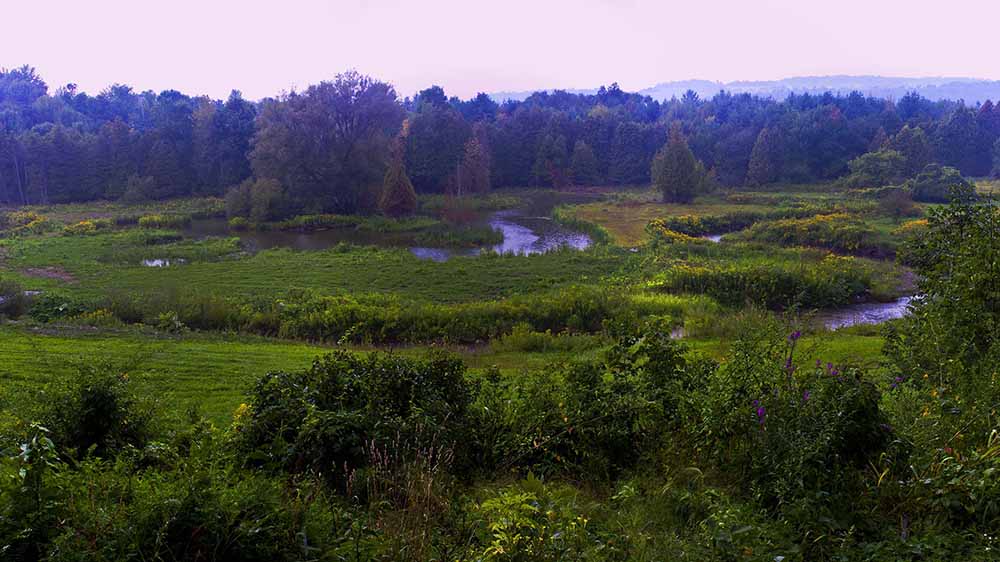 once upon a time (the year 2011), i was approached by an aging ex-gallerist who resided in beautiful Munnsville, New York. He had put out a call for young sculptors to design a sculpture garden for the land behind his house; someone in my undergraduate sculpture department had recommended me.

we spent the next year and a half designing the project. The vision i had for the site was colorful yet ultimately somewhat subtle; the location itself was so lush in the summertime that it begged for extensive, interesting gestures. The concept i created was based upon an otherworldly atmosphere, an image of a landscape from a different planet many years in the future.
sadly, the project was never seen through to completion due to a lack of funding. Marsville lives on here and in my heart. 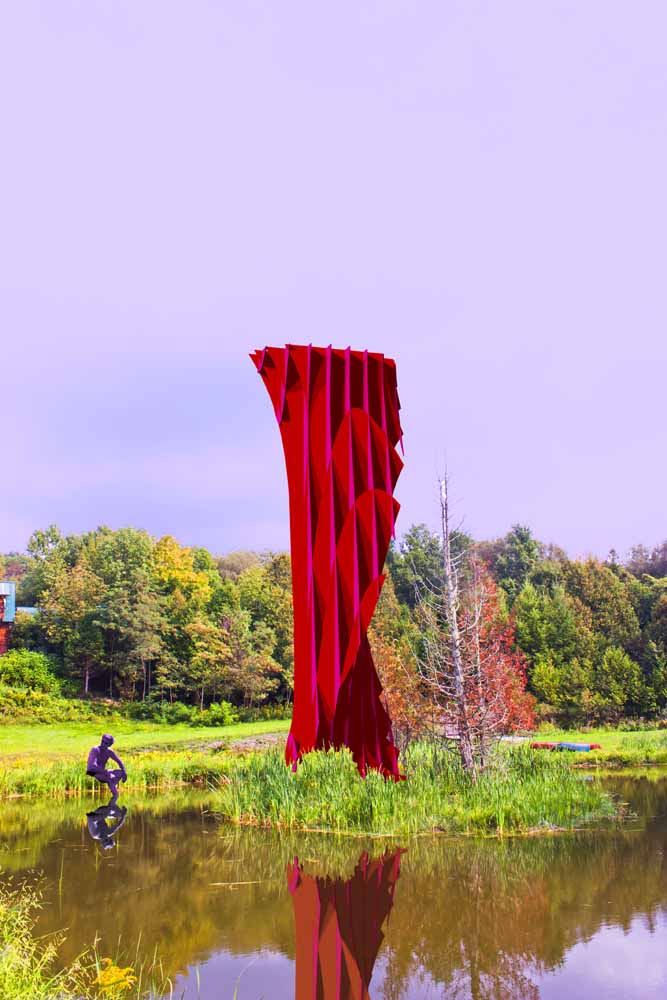 over time, it became clear that we would have to cut back on my plan for the project, which originally called for CNC-cut plywood forms shaping monumental concrete sculptures. We settled on the idea that we could make the plywood into the sculpture itself, and i set about redesigning the forms to be constructed out of slotted-together wood. 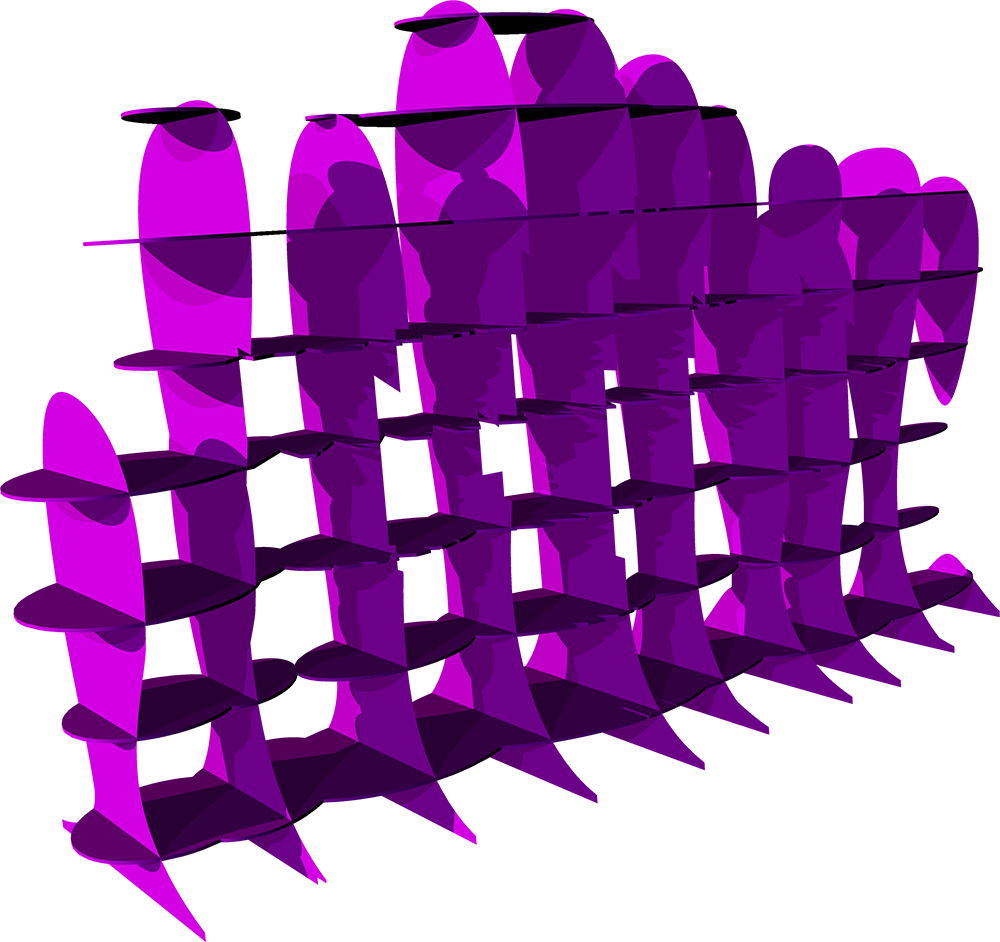 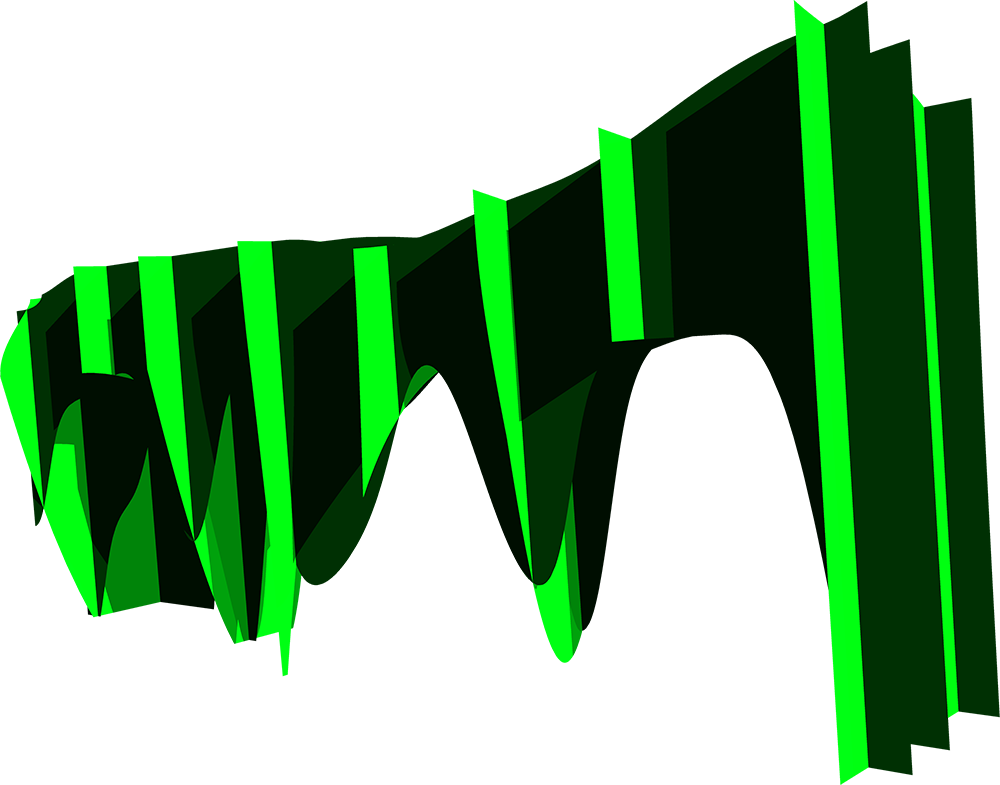 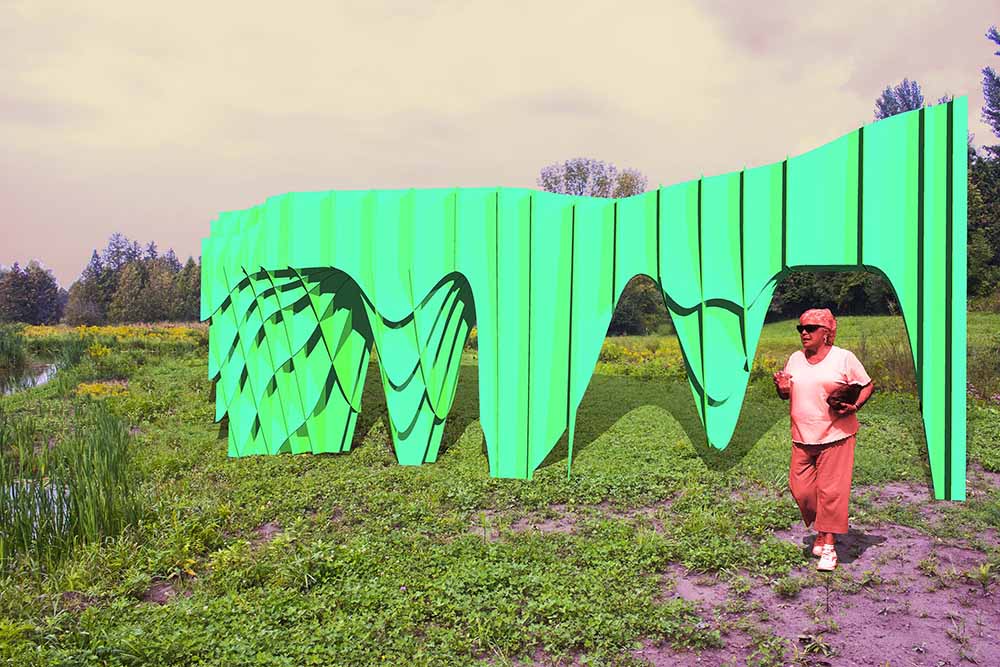 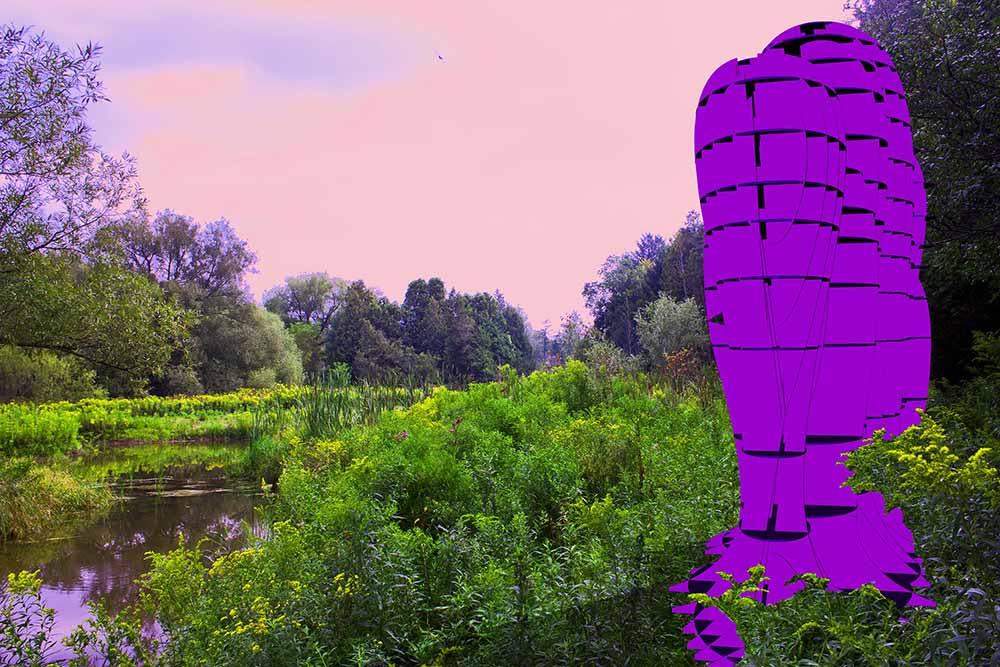 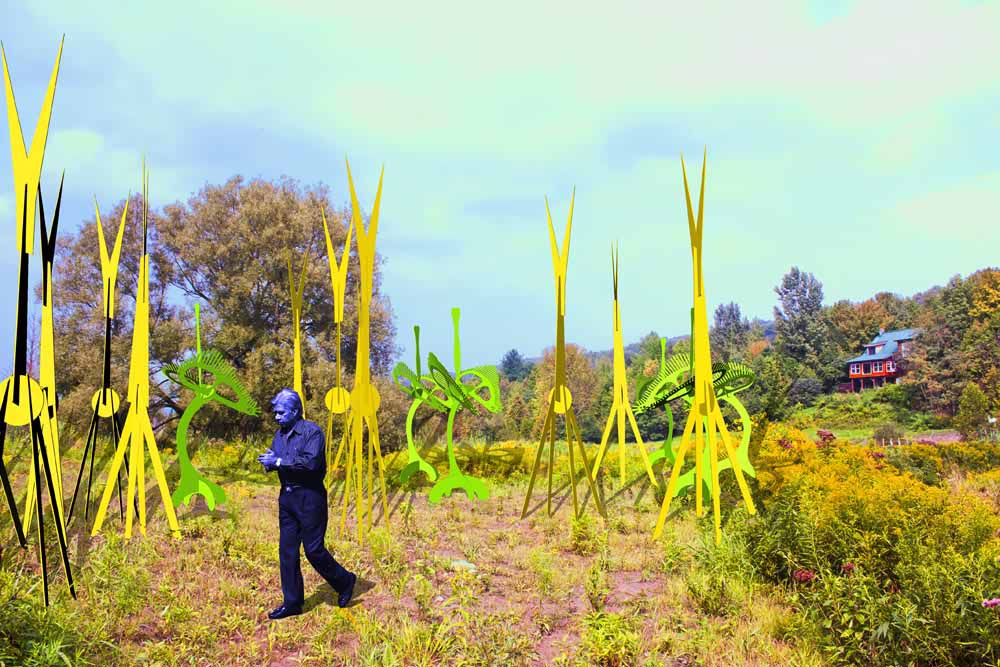 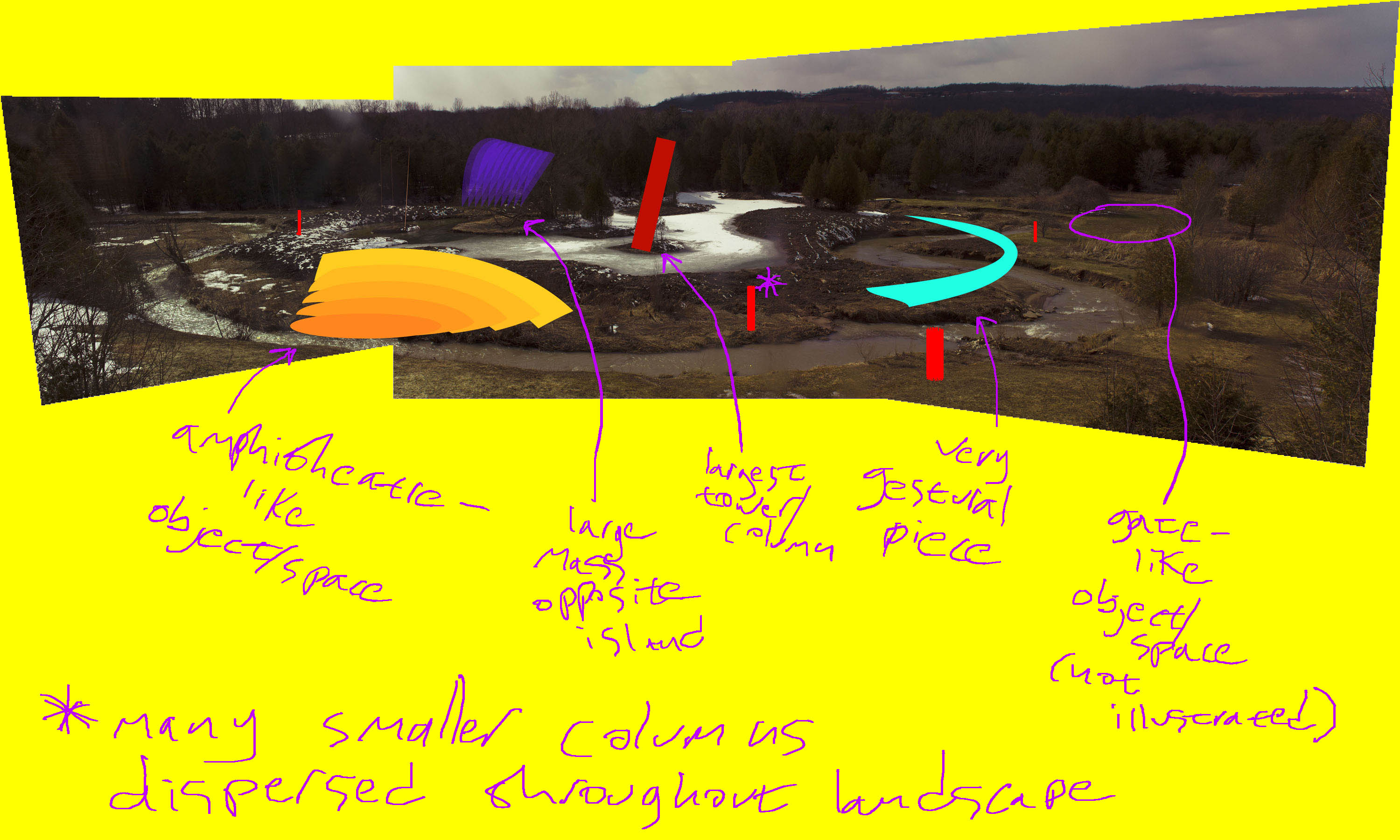 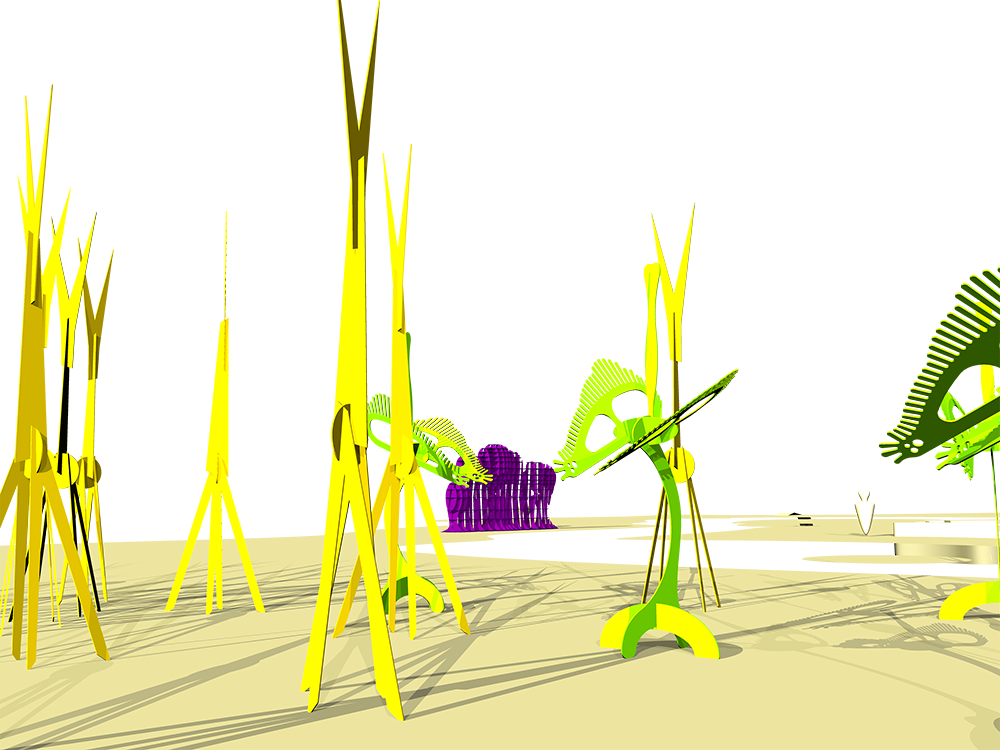