A moment of peace in a busy life. A space for devotion in a too-rational environment. A joyful celebration of plant life in space. A maximal leveraging of early orbital manufacturing methods. A shrine to Demeter, the ancient Greek goddess of grain and the harvest.

This project anticipates the human side of space settlement while providing a less-appreciated aspect of plant life: its ability to provide joy to the humans that are close to it.

This is my final project for the Major Studio 1. 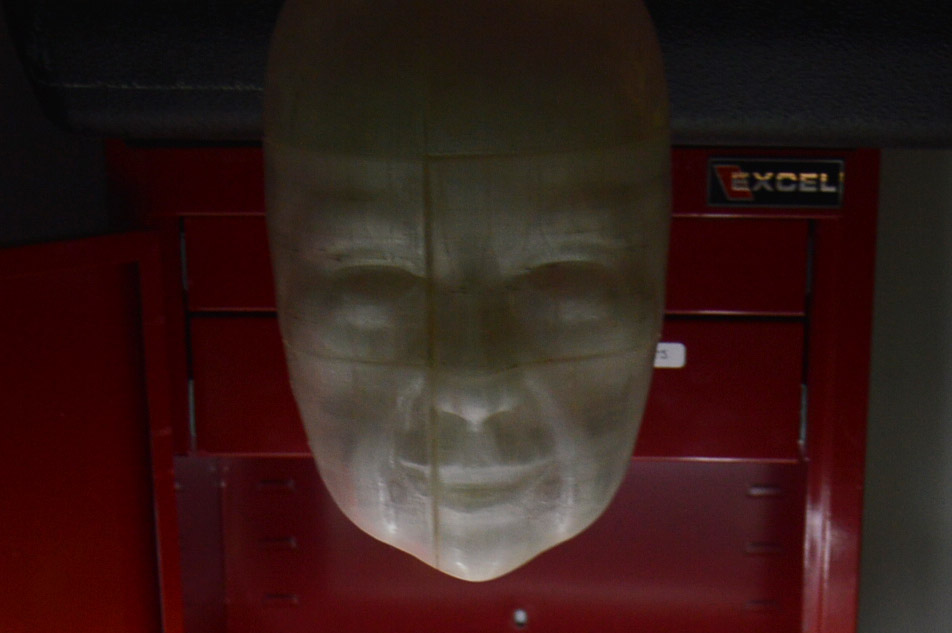 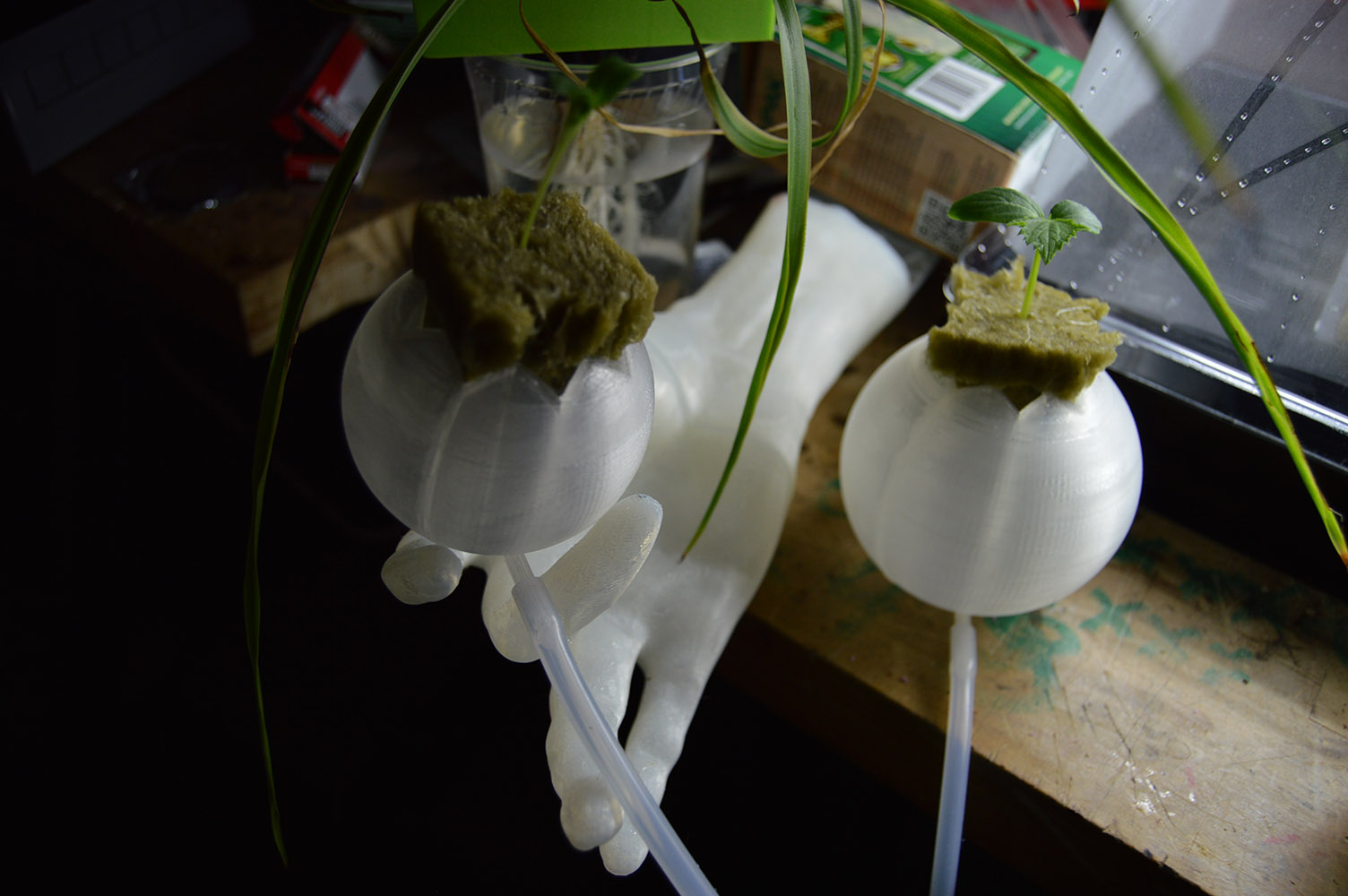 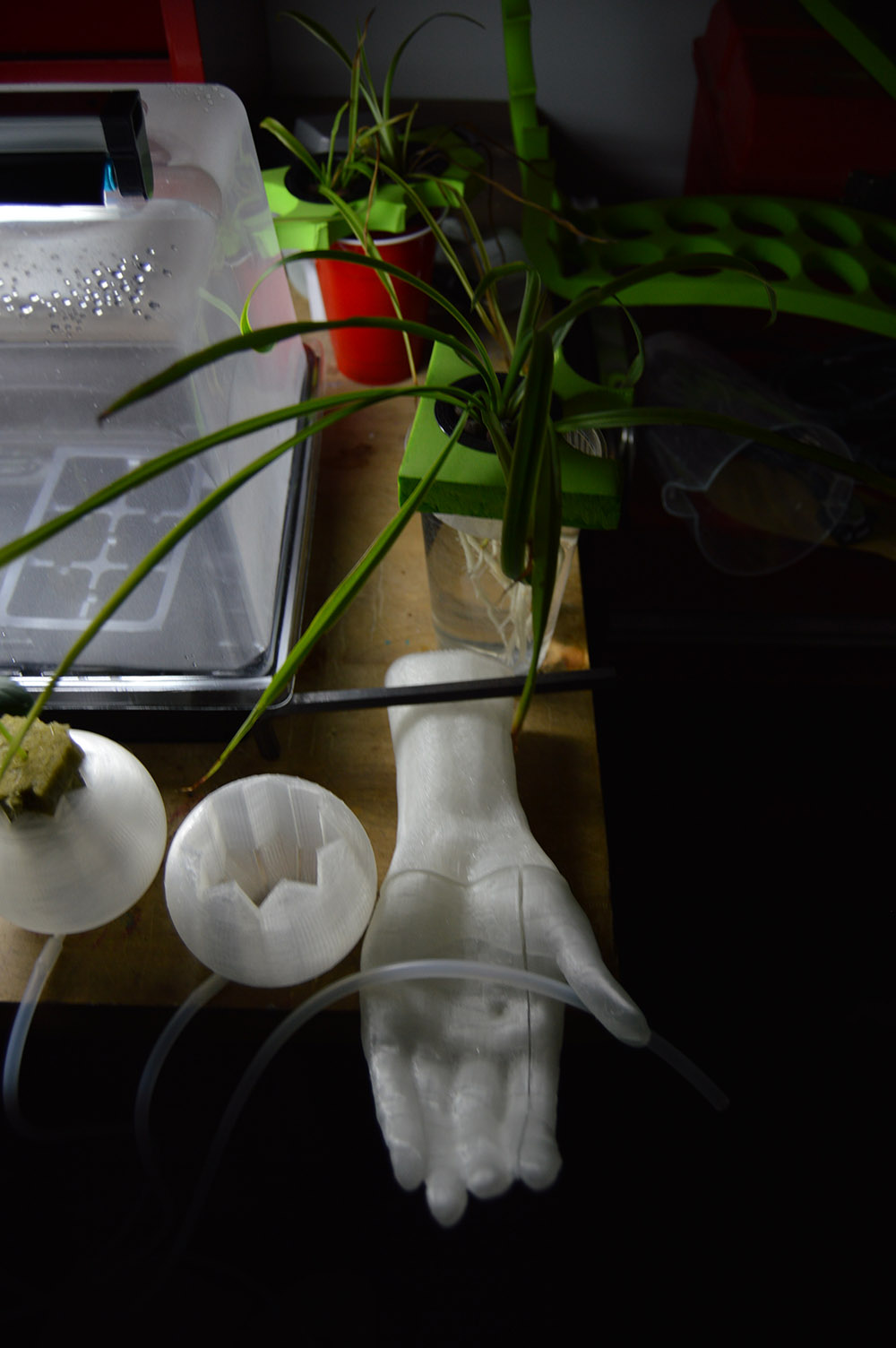 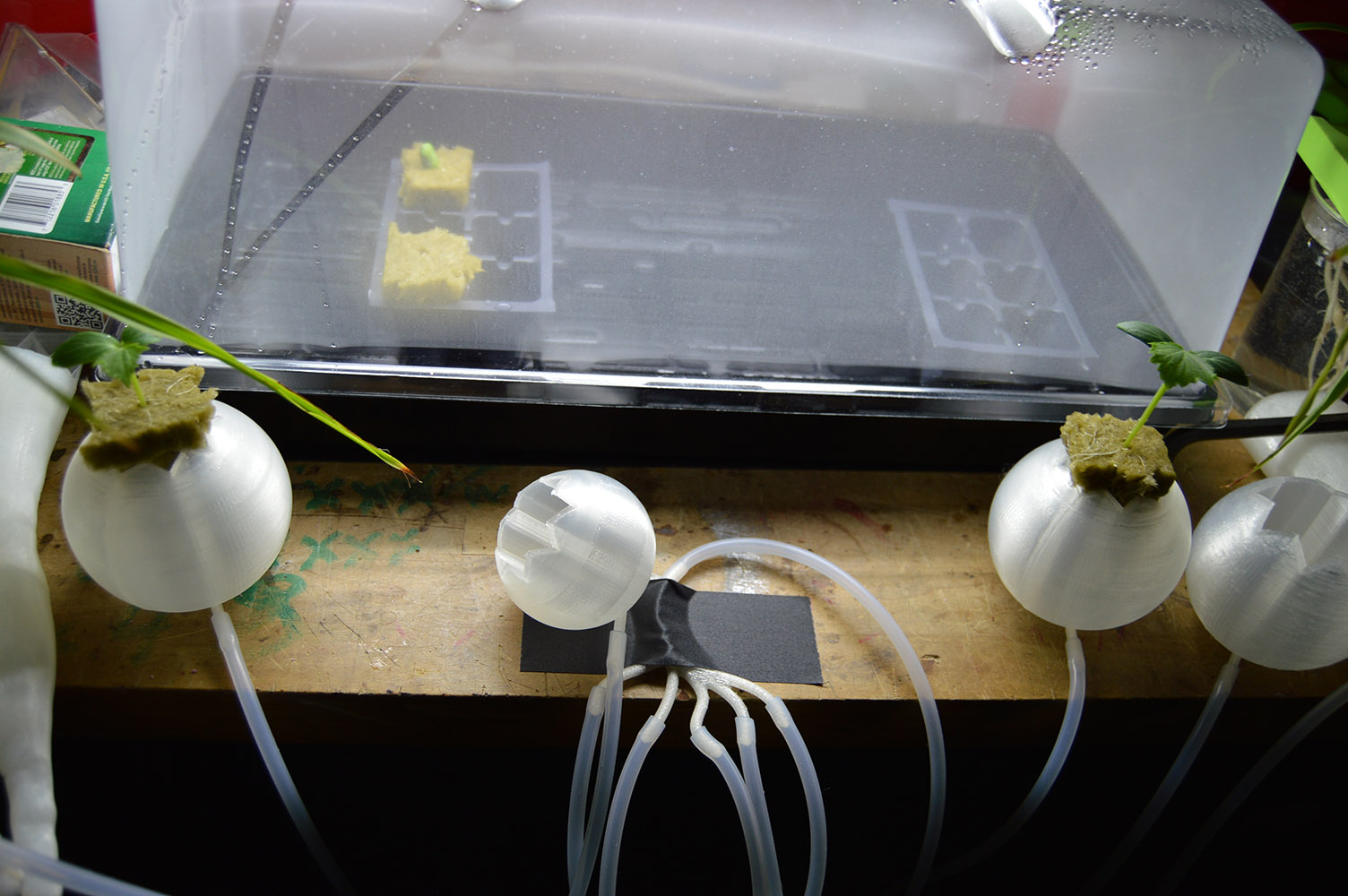 The concept behind this project originated as an exploration of the idea of joyponics, a system for providing the joyful aspect of plant life in a system designed for rarefied environments such as space vehicles and extraterrestrial surface settlements. The therapeutic, joyful aspect of plant life is generally underappreciated among the scientific community and it is an aspect of having plants around that is never formally recognized in future space settlment plans. Plants are always conceptualized for their physical utility; it is obvious that harvesting plants will be crucial to space settlement efforts, both as a replenishing food source and for woody material. However, it has been scientifically shown that physically being around plants is greatly beneficial to humans psychologically, and planning park or other plant-centered designed spaces into future extraterrestrial settlements is crucial.

OASIS: Shrine to Demeter is aimed at the near- to medium-term future of space exploration. It is closet-sized rather than park-sized and its joyfulness takes the form of an archaic shrine to the Greek goddess of the harvest. It is designed to be 3D printed on the International Space Station (ISS), using its current Additive Manufacturing Facility (AMF). Having something so seemingly arcane and anti-scientific in a space station, which is an extremely modern and scientific place, speaks to precisely that tension: where is there room for the more spiritual or nonlinear aspects of human life in space? As space travel and settlement slowly becomes a reality, we will need to make sure such spaces are available for wayward spacefarers. OASIS: Shrine to Demeter is a look at a space-age answer to that question, fully realized using technology and components that are currently available on the ISS. 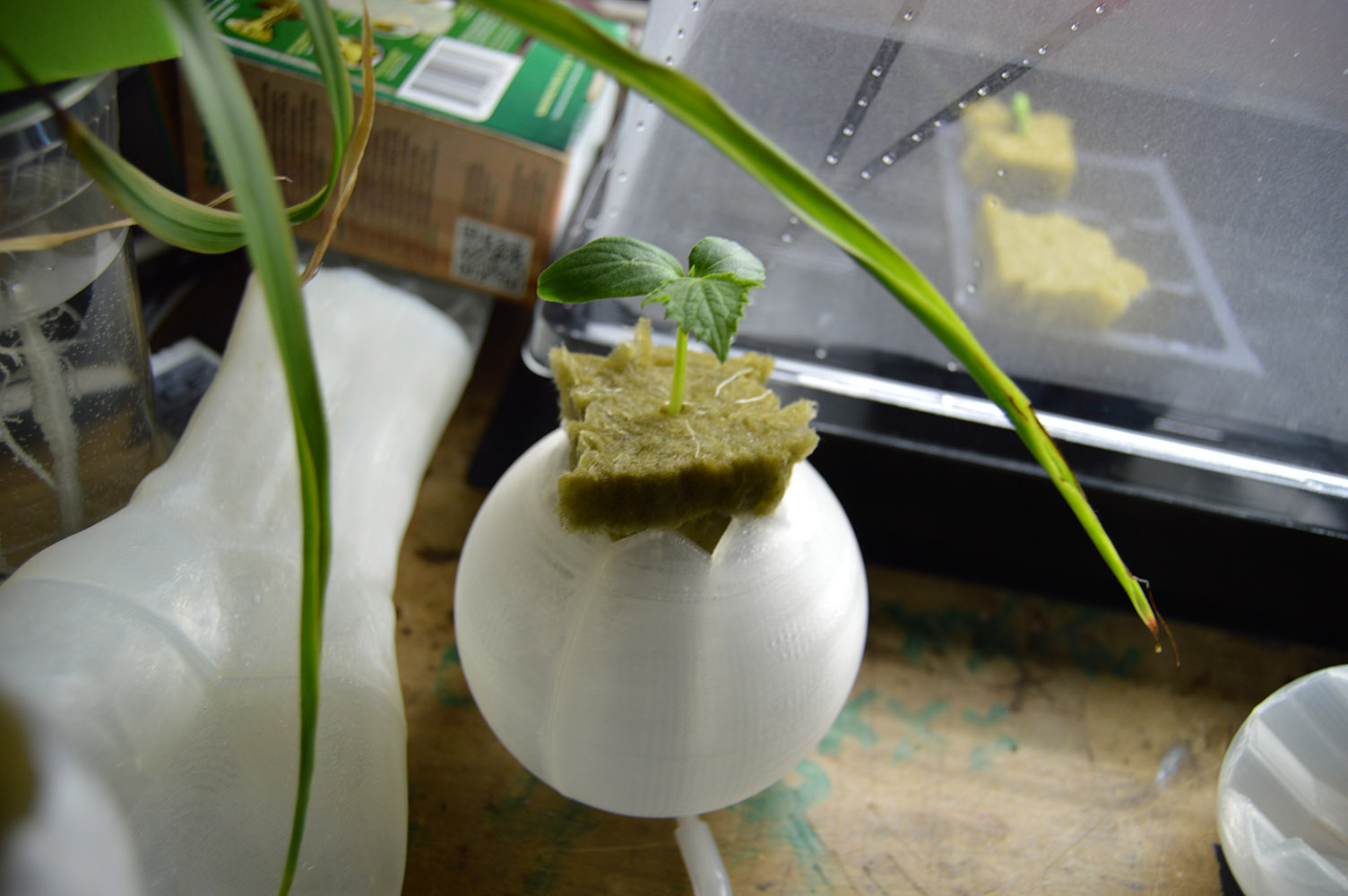 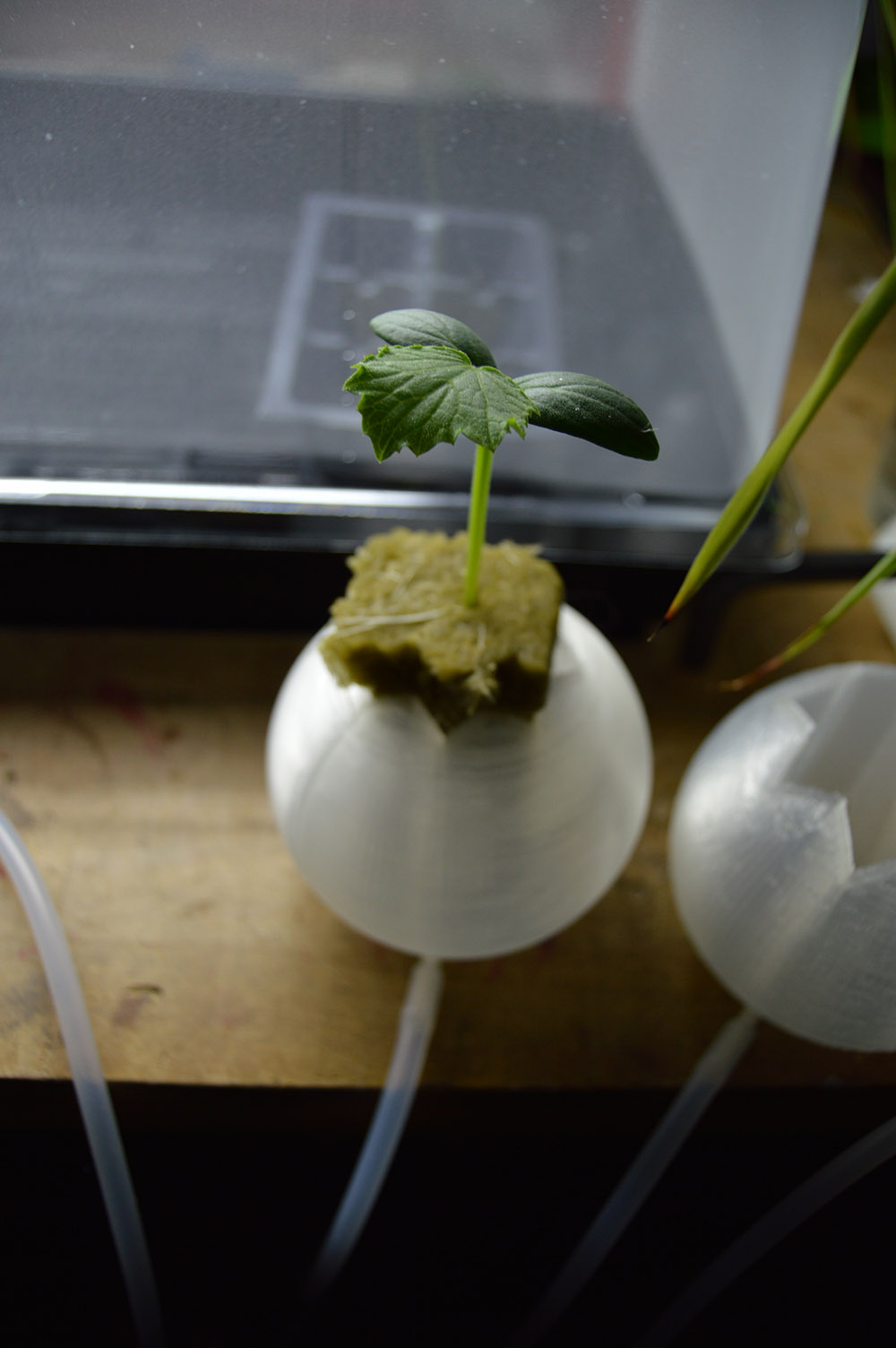 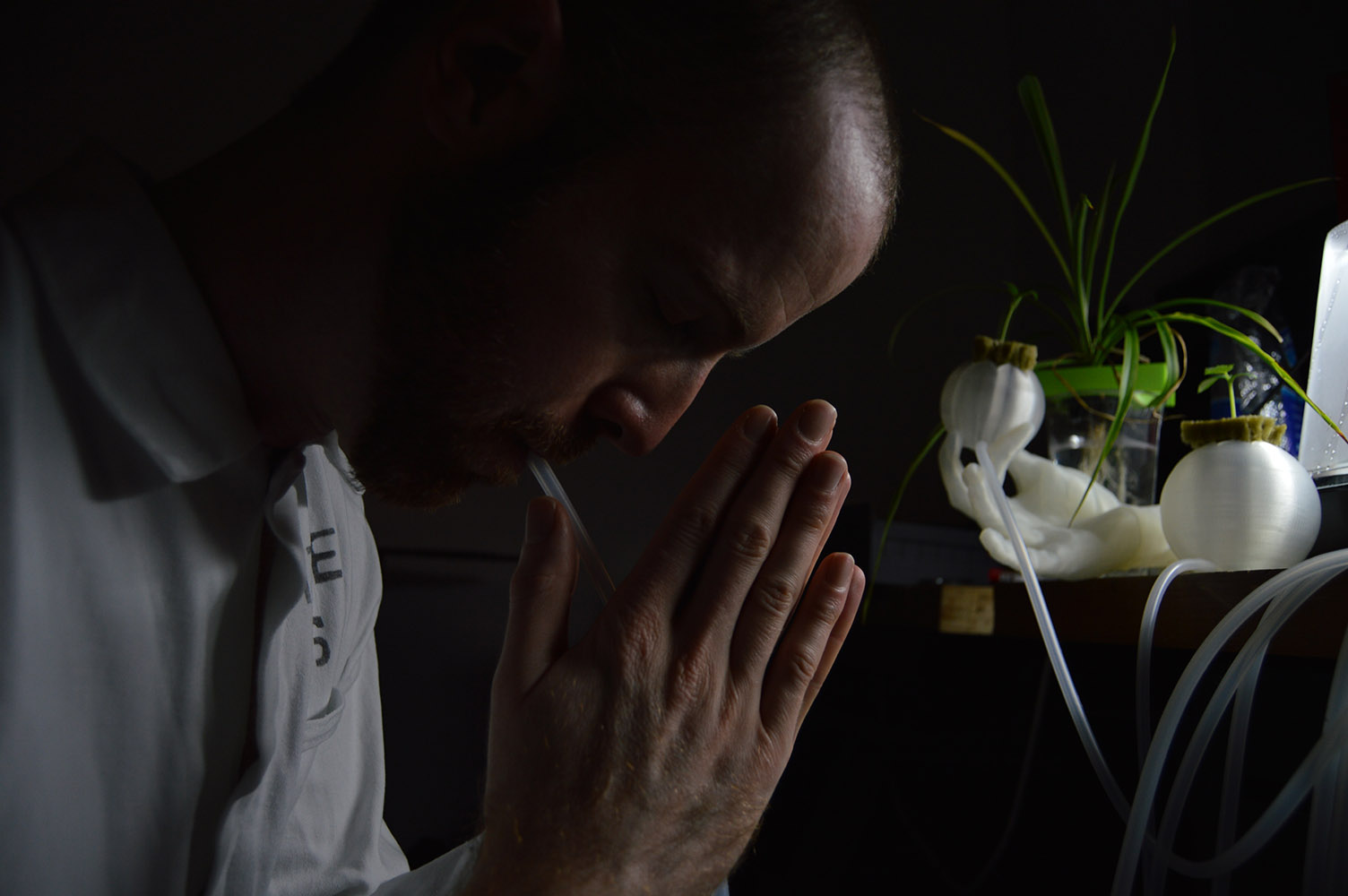 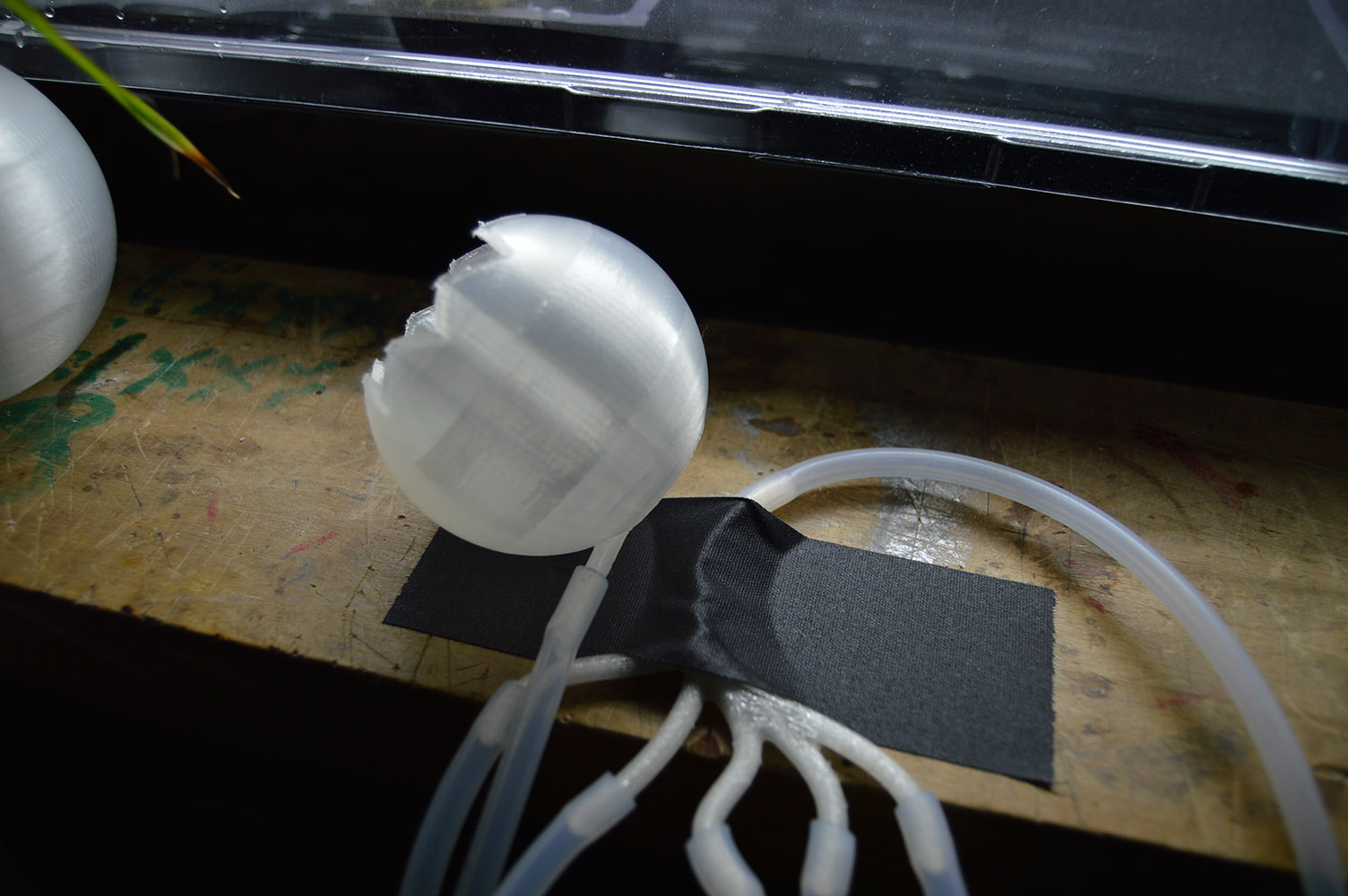 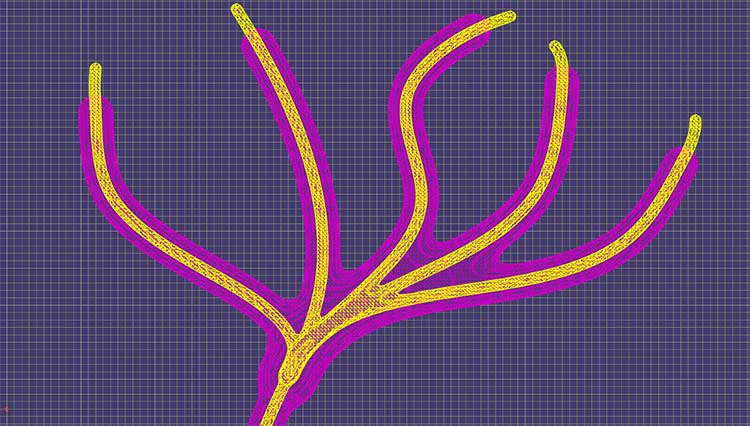 Being a shrine, there is a ritual associated with this project. The participate may water the plants in the incorporated spherical hydroponic pods by giving their breath to the pneumatic system. They must blow into the tube in a concentrated manner (see above). This action invokes the breath of life and mixes their human bacteria into the system, strengthening it.

The body sections of the idol of Demeter are panelled such that they can be printed within the confines of the current 3D printer onboard the ISS's Additive Manufacturing Facility. They are designed to be joined without further hardware requirements (see left & right).

The site of the shrine onboard the ISS has been chosen as the Leonardo Multi-Purpose Module because it is a flexble closet-like space. This space is ideal for a respite in the middle of a busy day. The shrine will not intrude into more busy segments of the station (see below). 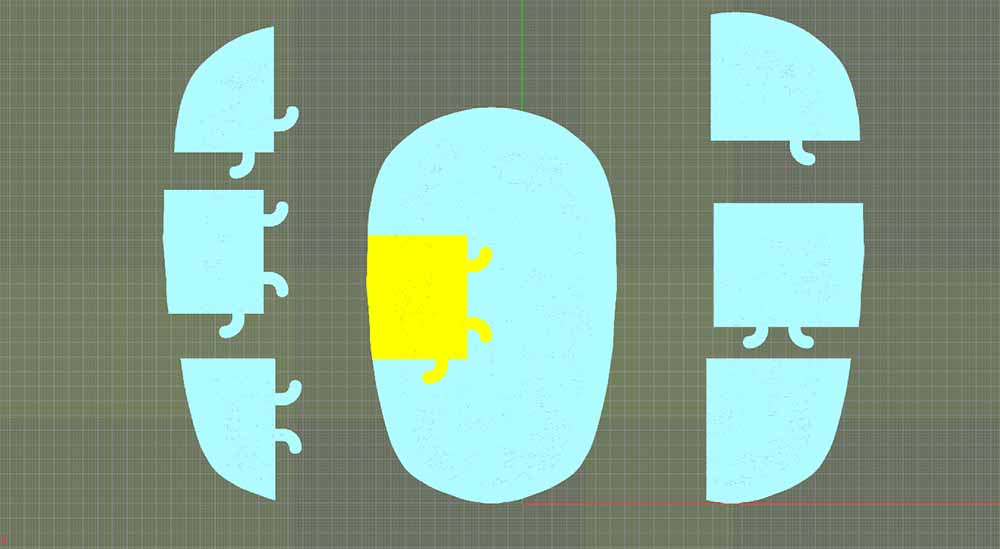 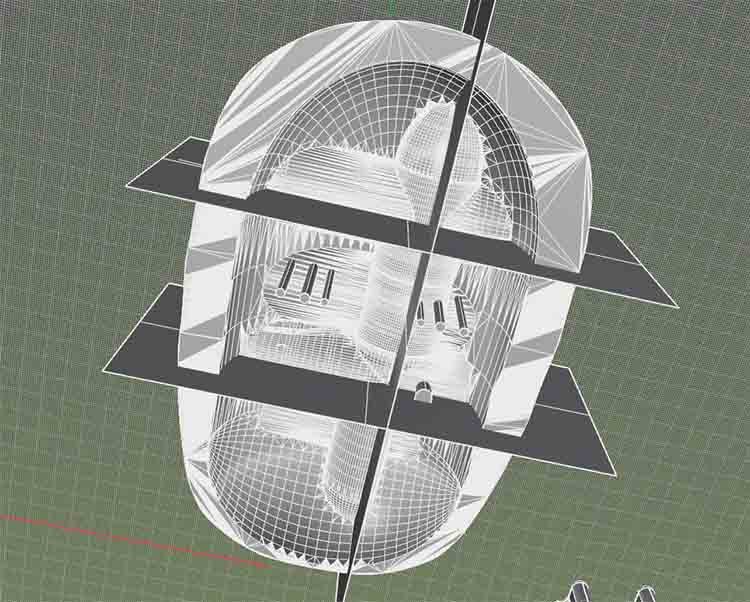 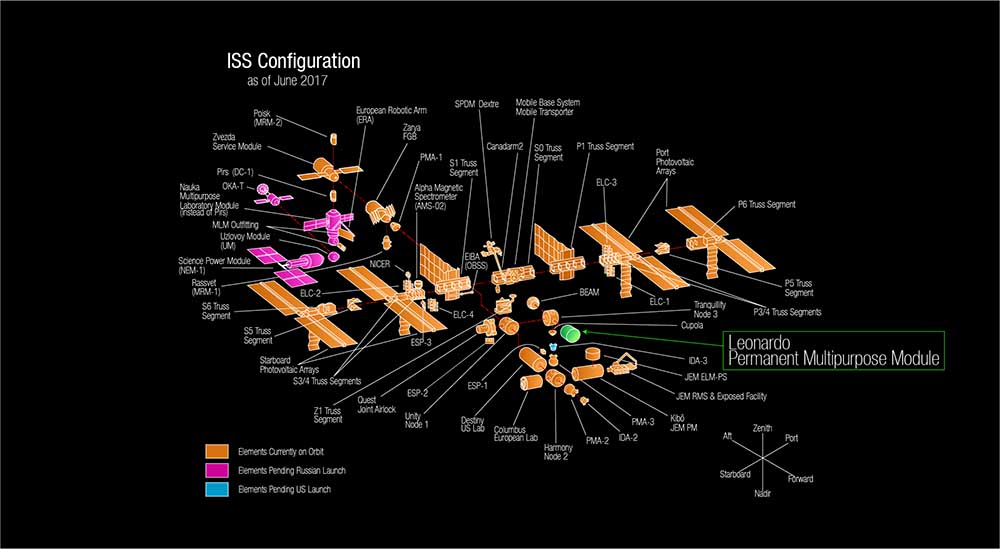 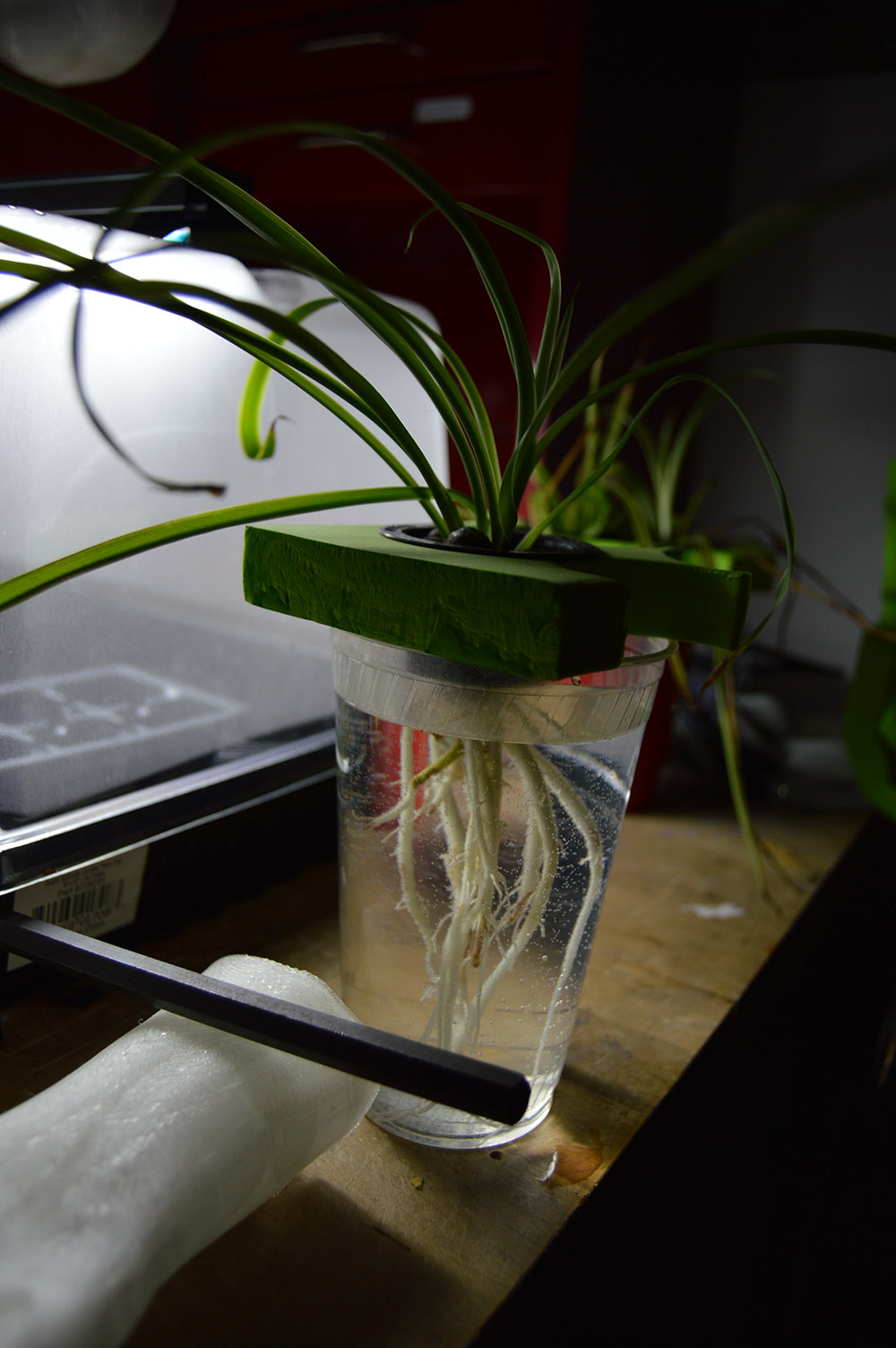 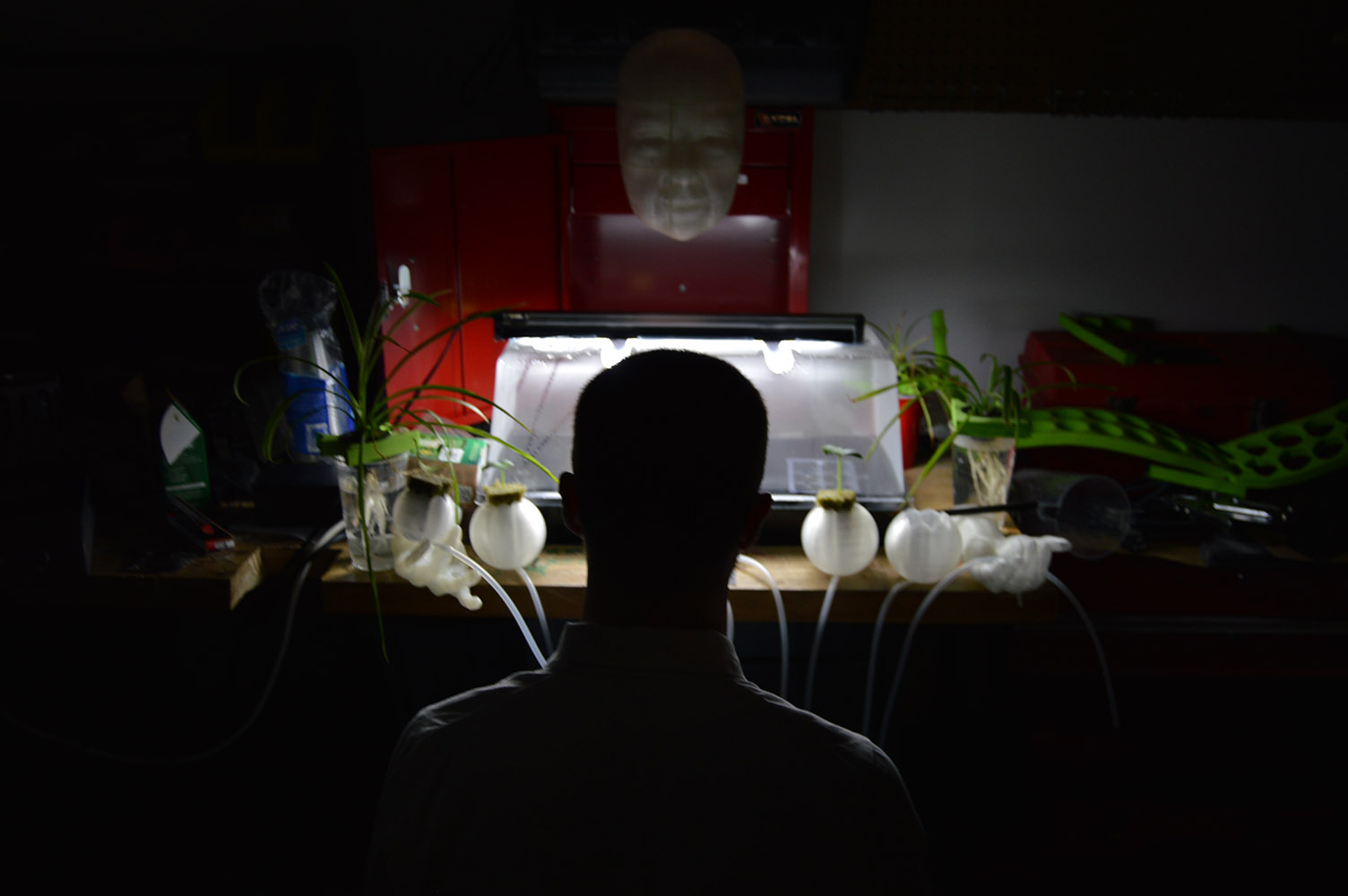