day four brings a broader perspective. i have always wanted to design settlements for the planet mars. i even completed my undergraduate thesis project on the topic.

for this project, i supposed that humans would quickly realize that the most viable locations to build cities on mars are lava tubes. lava tubes are giant structures under the martian surface that formed when vast, quick-flowing lava fields cooled on the surface first, leaving liquid to continue flowing underneath a hardened shell. eventually the liquid ran dry, and often left an enormous cavity underground in its wake. these massive caves occur here on earth as well, but due to the much-reduced martian gravity, they were able to form much larger on mars, about 5-10x the size they appear on earth. this city plan is situated near aganippe fossa, near the peak of arsia mons on the tharsis tholus of mars.

my design process took the form of a detailed series of sketch drawings, which led me to a pleasingly triangular layout for a street system built off of a central train line. really gives a whole new meaning to 'taking the tube!'

i started off by overlaying a section of the manhattan street grid (near TNS University Center) inside part of the tube i sketched, to scale. the tube is around 500m across, or about 1500ft. a standard manhattan long block is exactly 1000ft long by 300ft tall; this is an easily-comprehensible unit of space and lends scale to the drawing (and the designer).

i also began designing a hydroponic agriculture center, which i have dubbed a hydroculture building. it takes a radial form and has a hexagonal shape that fits neatly into the triangular grid, leaving room for plazas, parks, and outbuildings in the corners. this concept will be explored further in day5. 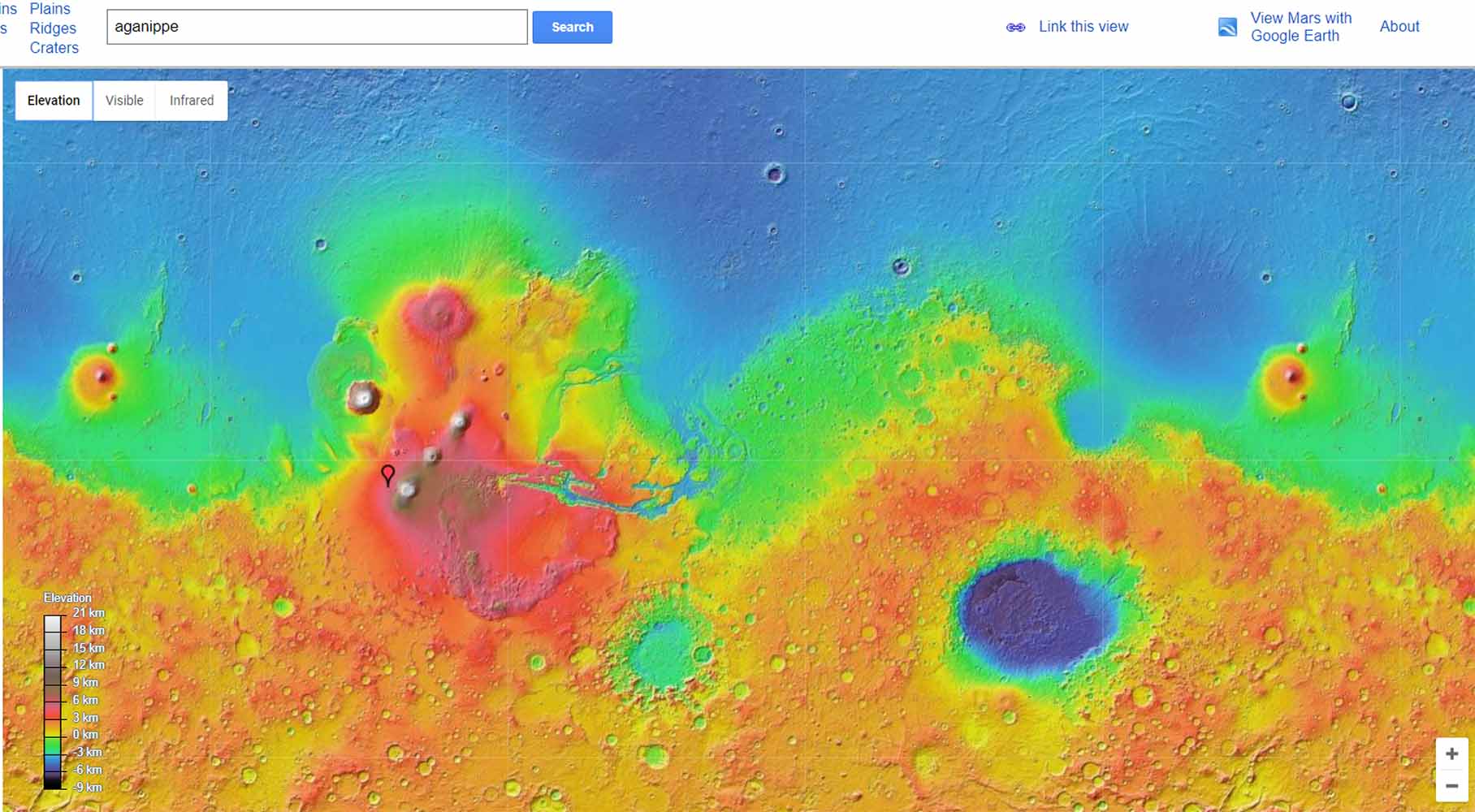 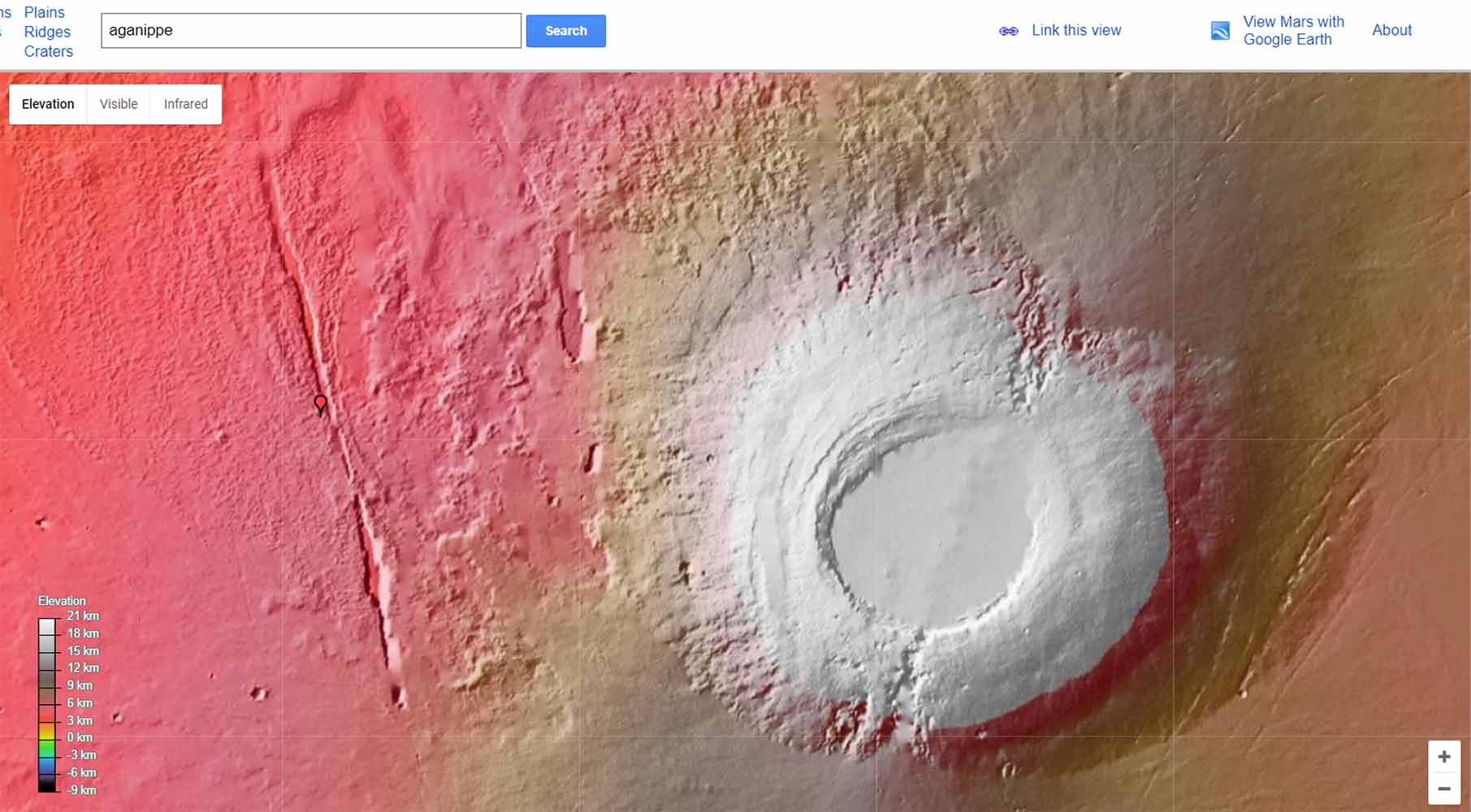 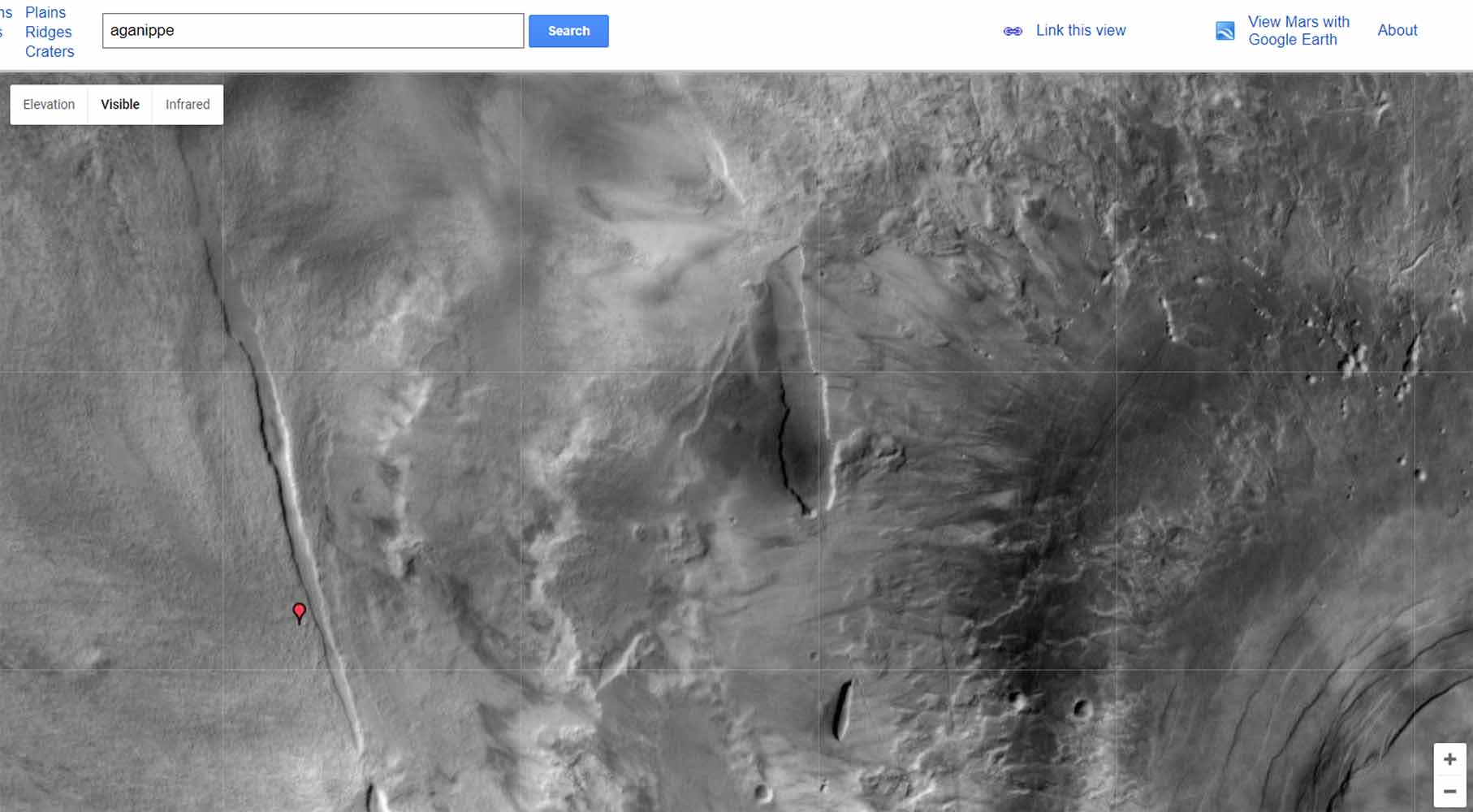 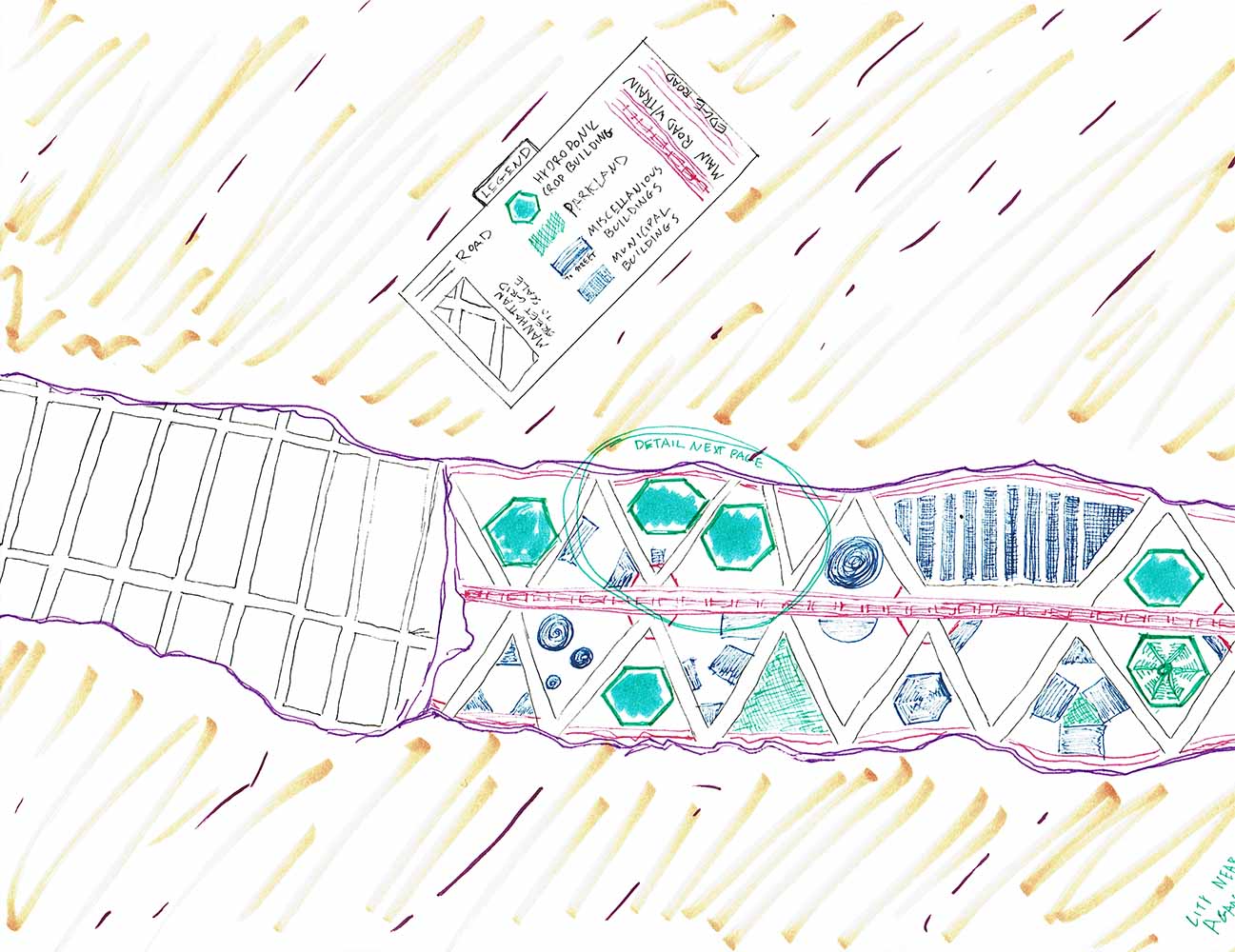 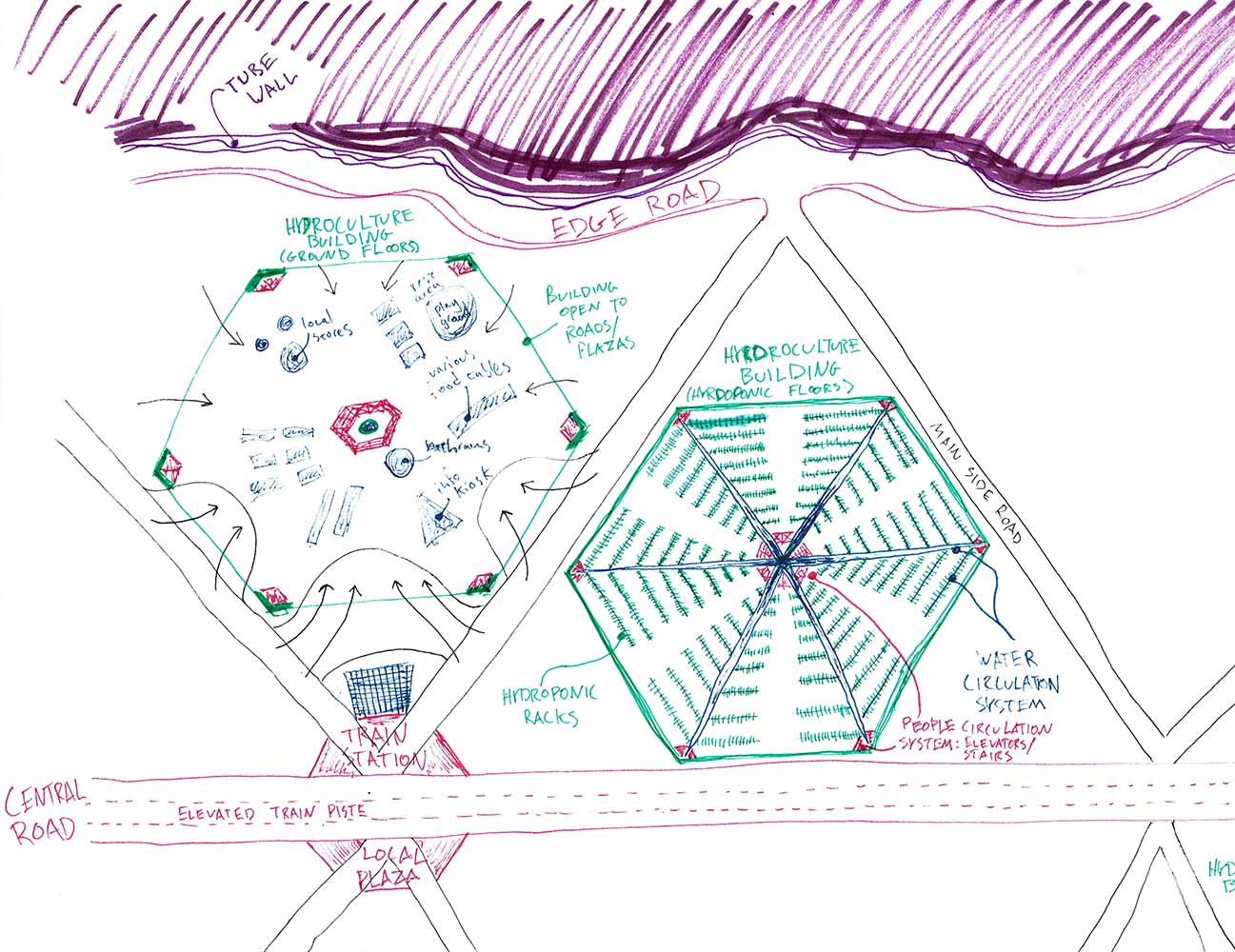