{Device Pertaining To The Situation We Find Ourselves In}

The form of the future of Object Americana. The last piece in the chronology of the project is printed in light blue plastic and takes the form of a futuristic electronic motorcycle with swooping detailing, a very high seat similar to a penny farthing bicycle, and a pointed, stylized antenna projecting up and backwards from the left rear of the vehicle [figure 1], [figure 4]. The front half of the chassis has a large vertical appendage which rises just behind the front wheel. The wheels have what appears to be a molded fiberglass casing covering their hubs on either side, front and back, with the exception of the right rear, where the wheel covering appears more like a large, powerful muffler despite the supposed electric motors of the vehicle [figure 2]. Overall the geometry of the motorcycle is similar to the vehicles seen in the movie Akira1. A powerful yet playful-looking machine, this effect is somewhat enhanced by the highly-visible guillotine blade suspended in its cradle atop the appendage rising from the front of the vehicle [figure 1]. The blade itself is jagged-looking and frightful [figure 3], and the legs of the supporting construction are somewhat irregular but maintain their directionality with deadly consistency. The left leg of the support has a specific extra piece that swoops down to meet the hub of the front wheel; the overall design looks highly integrated and well-developed. The top of the guillotine appendage bears the classic keystone-shaped flare common to popular conceptions of the devices and seems as though it would be visible from a great distance were one to encounter this grisly vehicle on the road or elsewhere.

To my mind, this object is a blunt, mirthful take on the future of this country. The 'class war' responses in the questionnaire were as consistent as any other future-section answer, and it seemed only fitting to me to embody this in the tongue-in-cheek, perhaps alarmist form of the guillotine. The electric bike evokes the many tribulations of the New York City Citibike system2, an unremarked-upon, unprecedented corporate project taking the place of a government service; this type of corporate takeover of the role the government traditionally plays in our lives is extremely characteristic of the late capitalist situation we find ourselves in. The guillotine responds to this. Ultimately, this object evokes the cyberpunk dystopias we have all come to know and tolerate on our screens and in our lives. While it may appear cartoonish at first, remember: the blade is sharp.

The completed guillotine--ebike object. Futuristic carbon-neutral styling coupled with a glaring, jagged-looking guillotine. What more could a wayward citizen want? 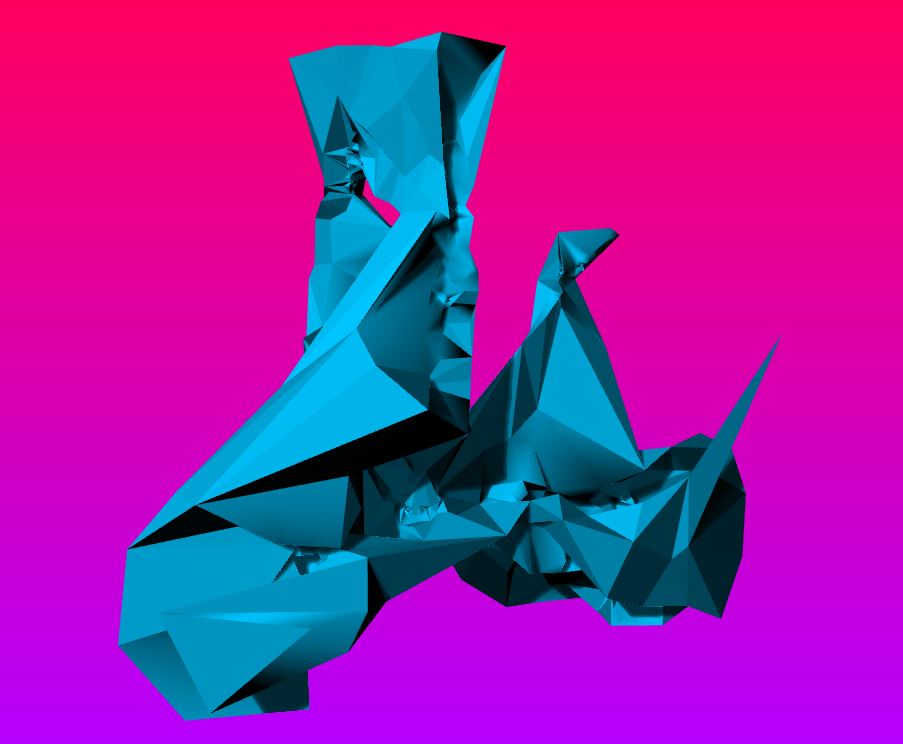 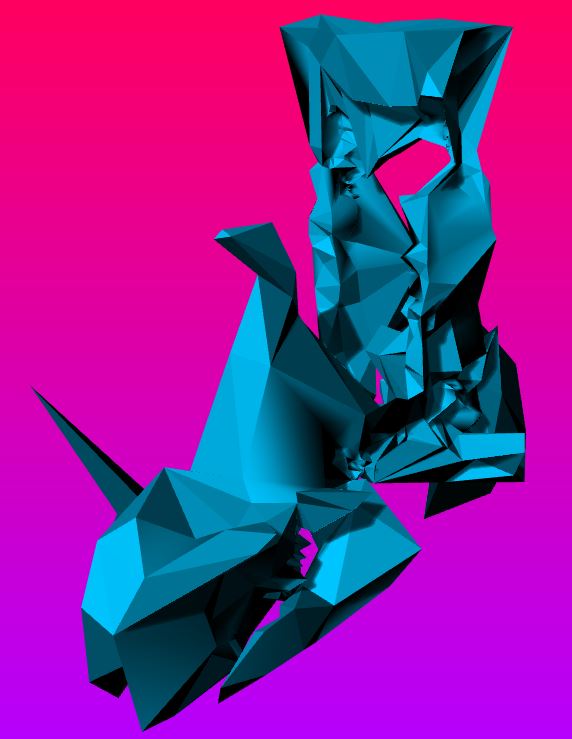 Rear view of the object. Right-hand muffler visible, along with seat detail and posterior view of guillotine blade. Rear wheel and trunk can be found on the lower-left side of the image.

Front view of the guillotine blade along with encasing structure. 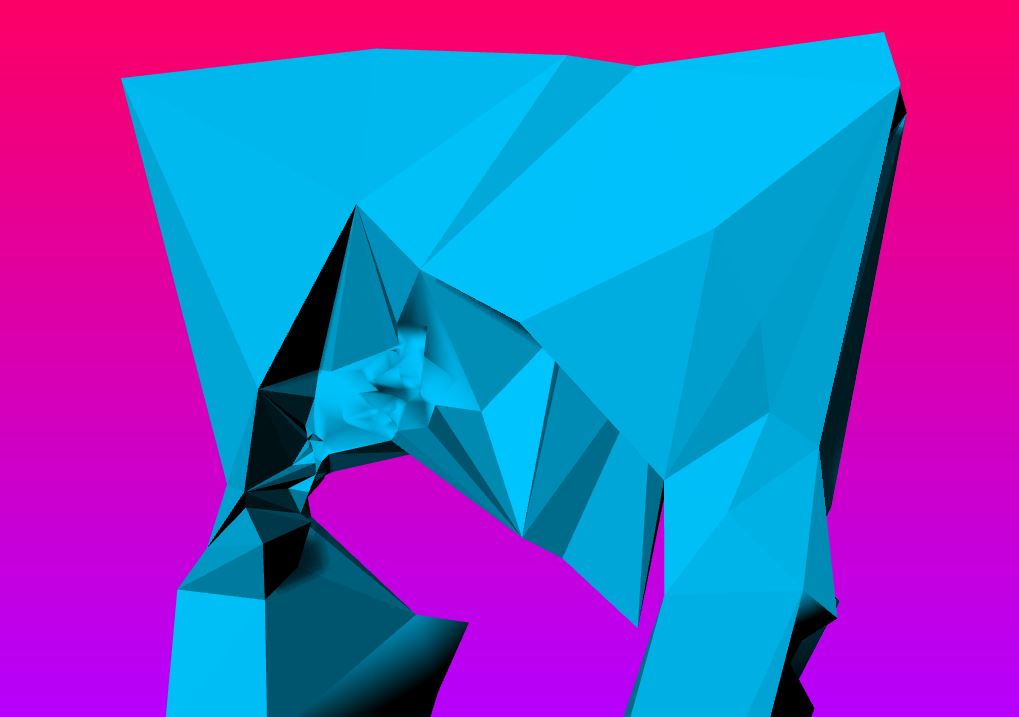 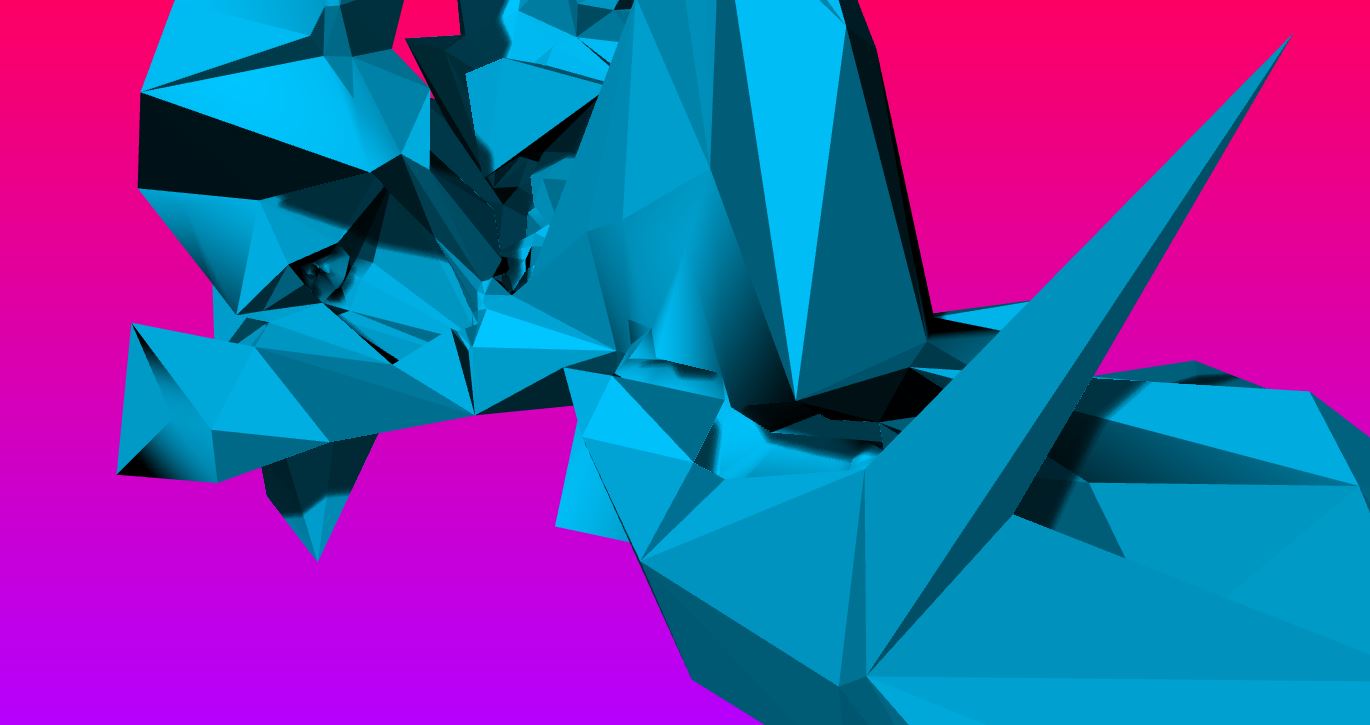 Rear left view of the object. Stylish antenna rising from wheel moulding prominent on the right. Toward the front of the vehicle, the transmission down to the front wheel is visible, which also seems to double as a platform for ascending to the seat. 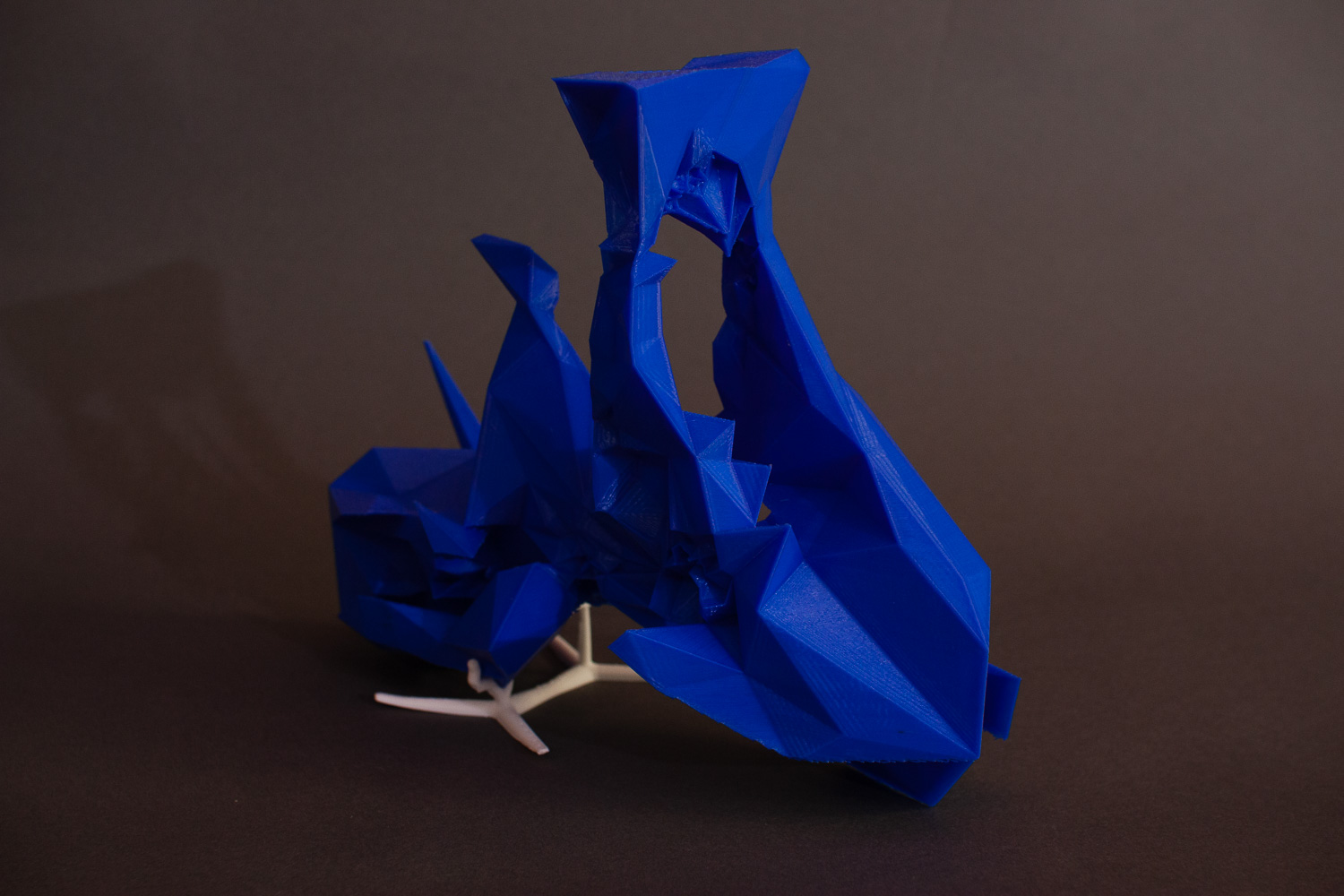 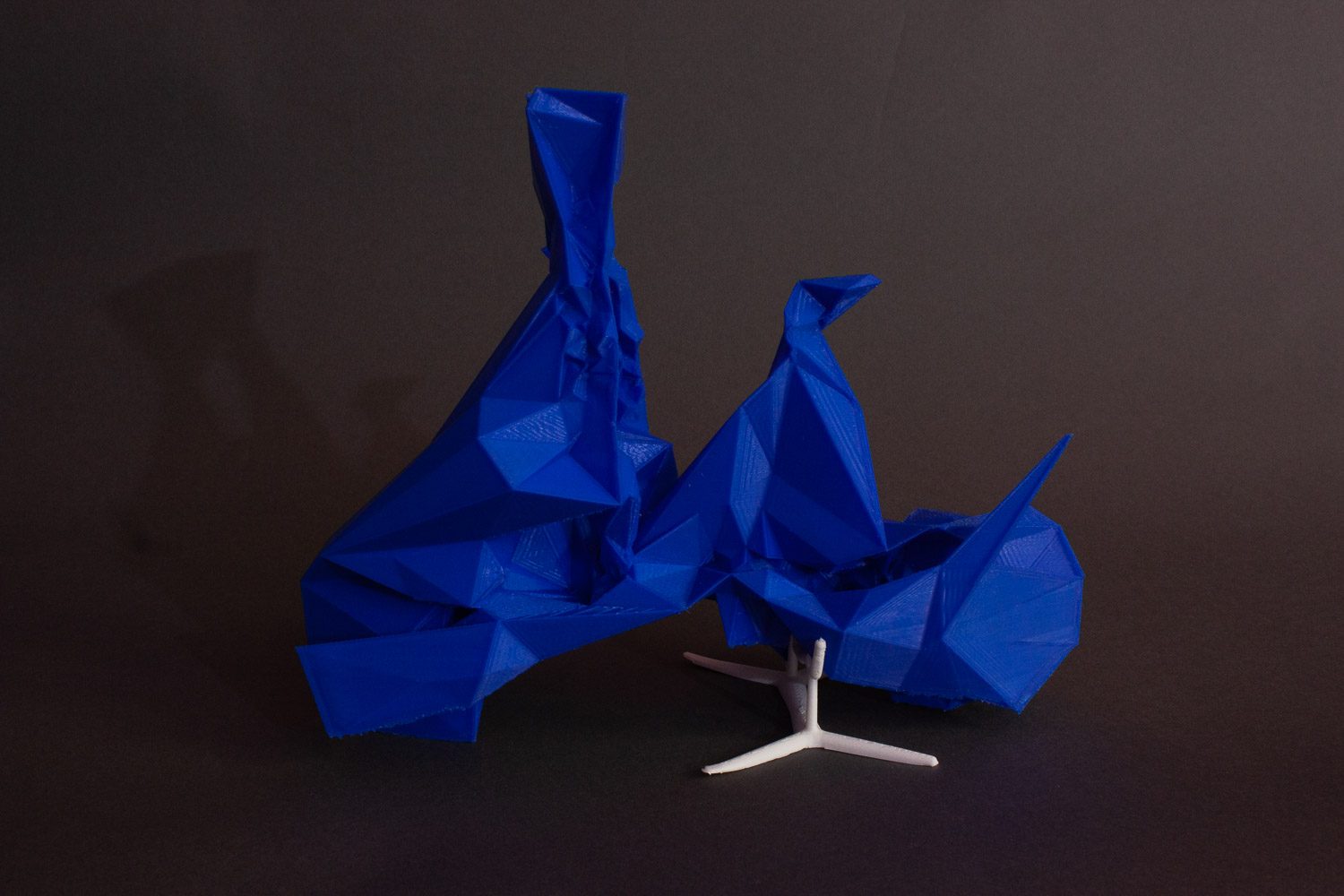 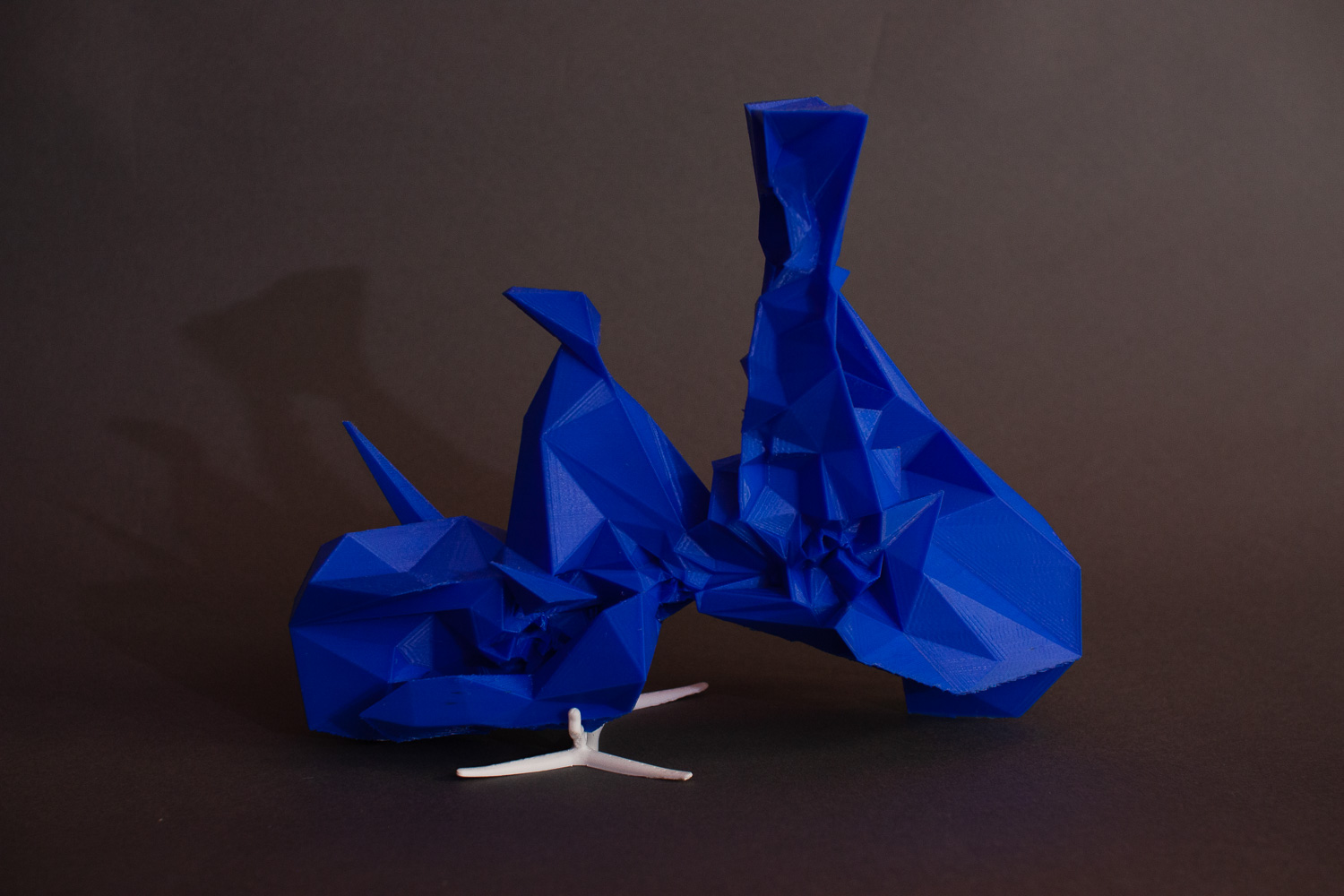 guillotine--ebike-2e125{Device Pertaining To The Situation We Find Ourselves In}, 2020.
3D print in blue PLA with stand in white PLA. Unique thesis edition.