{Our Lady Of Liberty And The Perpetual McDouble}

The object representing the past of Object Americana is gentle and enigmatic. It is 3D-printed in white plastic and takes the form of a rough approximation of the Statue of Liberty with large, angelic wings. The wings in fact trace the outline of the logo of the McDonald's fast-food chain [figure 1]. Upon further examination, the torch that the figure holds appears broad and flat at the top, almost like she is holding a serving tray aloft as in some post-war era diner. The tabula she famously holds in her left hand is clearly visible at her side, between her body and the left 'wing.' Her figure is not quite the same as the viewer is used to, however. Her head seems draped in a veil of some kind, though her radiant crown is clearly visible, if skewed [figure 2]. Her abdomen seems a bit distended, and she seems to be simultaneously standing tall and leaning sharply to the left due to a strange position of her left leg. There are two unexplained I-beam-like projections connecting the left side of her lower leg with her left 'wing'; these look very much like glitchy digital artifacts. There are more artifacts on the middle sections of both 'wings,' and these almost resemble areas where paper has been crumpled in on itself. Finally, there is a projection emanating from her left shoulder area which, upon close examination, seems to be an echo of her very own upper body, complete with right arm held aloft and head with crown. This projection connects to the left 'wing,' and is an example of the fractal, ever-smaller nature of the level of detail in all of the sculptures produced for Object Americana [figure 2]. The McDonald's logo is apparent as the 'wings', but it takes a bit of time to realize that the lady of liberty is also occupying the middle stem of the "M" shape that the logo comprises. She is off-center in this regard, and the logo is further distorted with two sharp horns rising from its left apex. The back of the object is not quite as detailed, but it does bear another much larger echo of the lady's likeness: her entire back, shoulder area, and the projection from her left shoulder seem to make up another forehead and radiant crown [figure 3].

To my mind, this object represents the way in which the old notion of the American dream was, even at its root, wrapped up so strongly with base commercialism and the physical products this country has exported throughout its history. In many ways, the American liberty has always meant freedom to buy something; more often than not, something created under negative if not horrific circumstances. I think of the promise this country held in eras bygone, and how food security was a driving force behind many waves of immigration to this territory. How many people, arriving at Ellis Island with lady liberty in plain view, had their first meals in America on their minds? At the same time, in the contemporary era McDonald's has taken on a decidedly sinister hue: extremely unhealthy, extremely cheap food offered to the millions of the country's destitute residing in food deserts, in lieu of effective nutrition. This same food offered around the world as a primary symbol of the United States' soft-power cultural empire. As they say, "Billions and Billions Served!"

The final liberty--mcds hybrid object shown with its two antecedent objects. Each of the two antecedents contributed 1000 point-clouds of their surface information toward the training set for the final object. The resemblance among the "family" is striking. 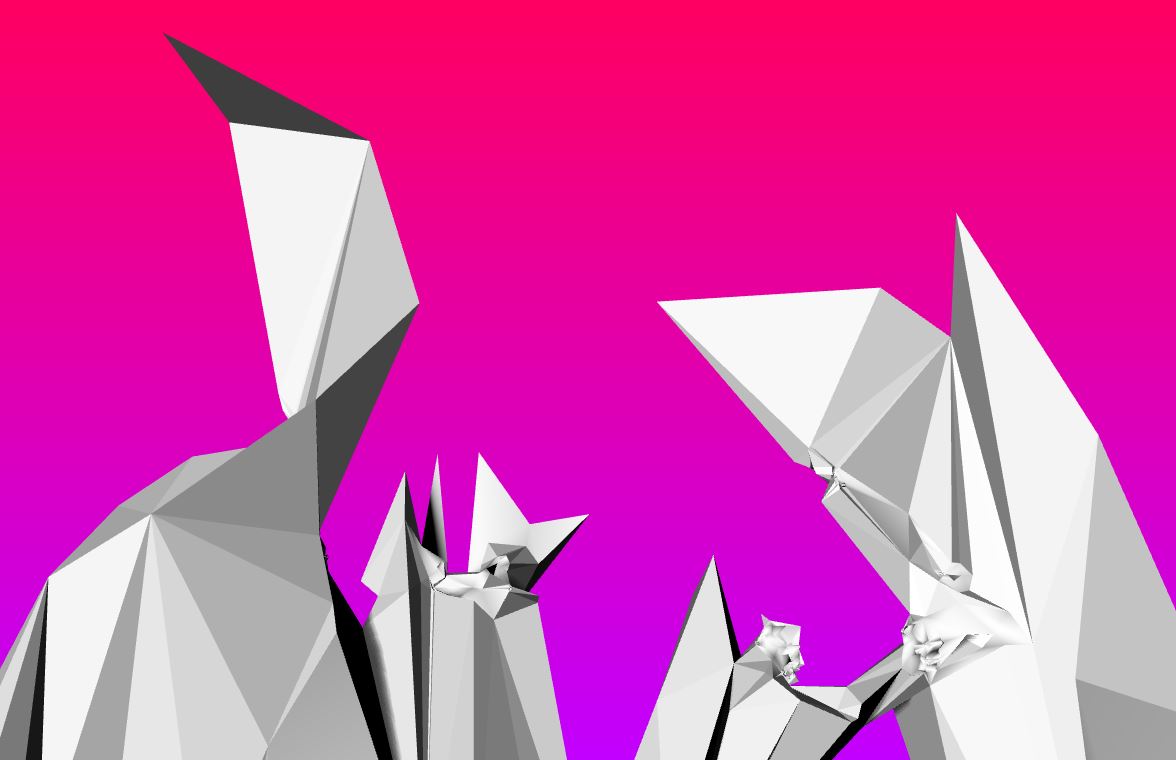 Head and shoulder detail of the object. Fractal, miniature version of the Statue of Liberty's upper portion emerging from the left (viewer's right) shoulder of the figure visible. Raised arm can be seen seeming to hold a serving tray aloft.

Posterior side of the object. Glitchy 'wing' artifacts and outgrowths visible. Radiant crown form barely visible in upper back in addition to the 'regular' one on the head. 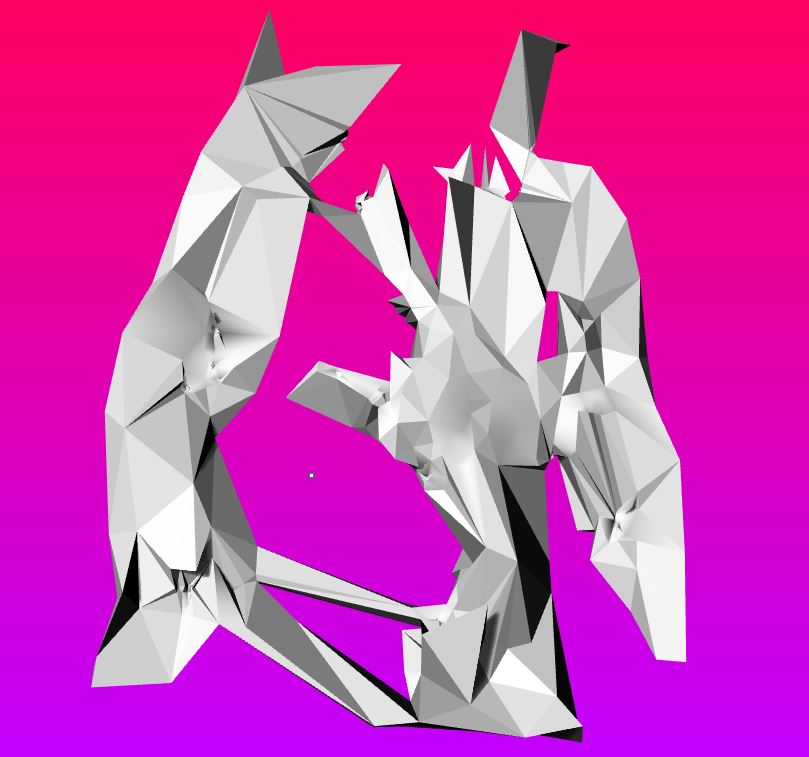 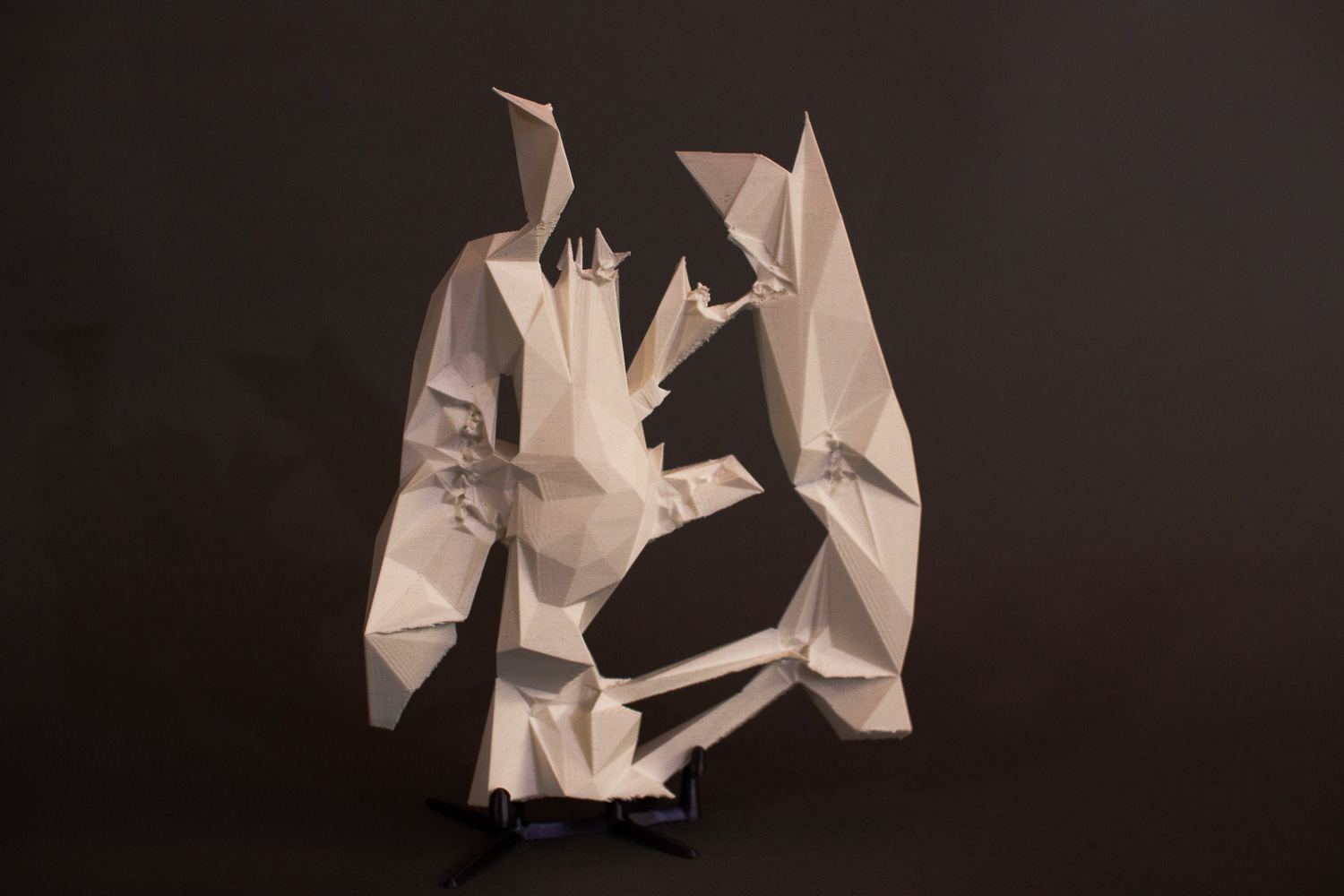 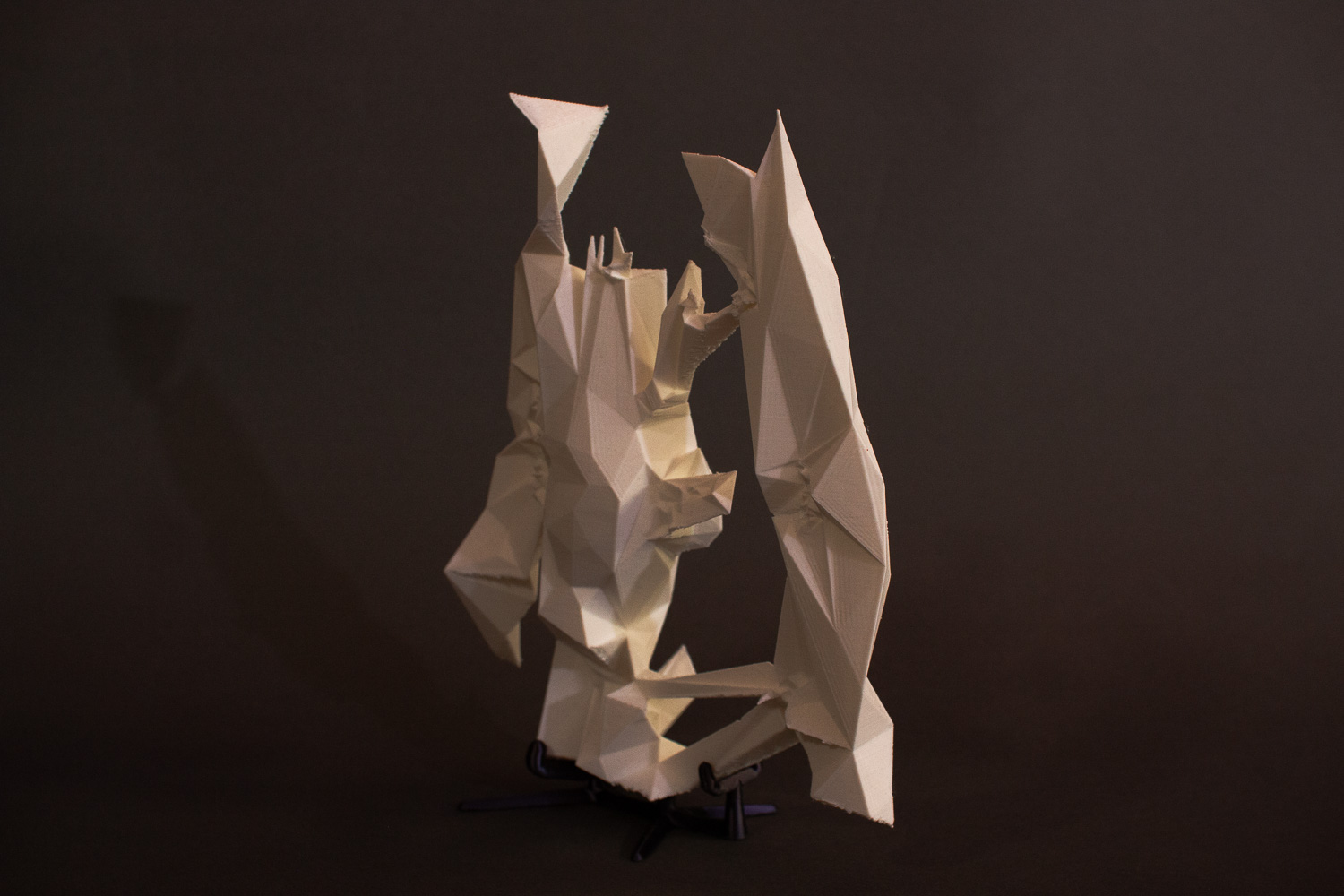 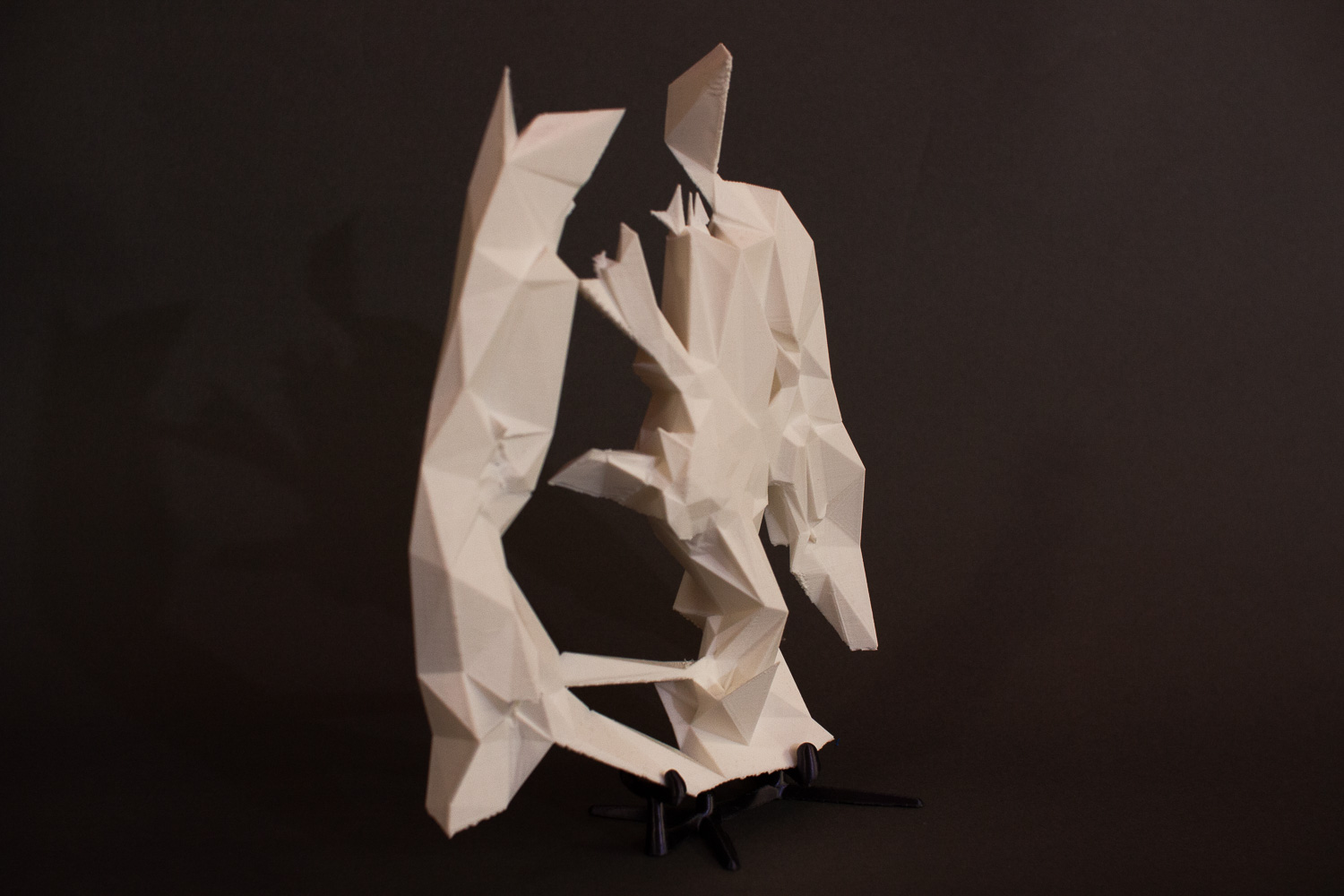