The apotheosis Object Americana, representing the totality of the project. A sad, tattered flag with an assault rifle bursting through its midsection, made of shining gold plastic. The object contains many small details and geometric sleights-of-hand. The flag itself is nearly flat, but it is unfurling in an unseen wind. The mesh-faces which make up the geometry of the flag are splinched nearly on top of each other, in order to give the shape some depth where nearly none exists. The flag exists only as the positive space of the red stripes and blue star-field of its origin; where the American flag is white, the object bears only void [figure 1]. The stripes project to either side of the form of the gun, which is perpendicular to the flag; both component objects are facing forward. The stripes are twisted and bent, resembling perhaps the images of steel girders in the wreckage of the World Trade Center. This distortion appears to have altered the total number of the stripes as well, and the ones that remain are sharp, dagger-like mutant appendages merging and separating with some logic not apparent to anyone. The star-field quadrant is of roughly correct size and proportion, but contains only hellacious empty triangles in place of stars, overgrown as if by metastasis and nearly running into one another. Some of these 'stars' are punched through the thin geometry of their field, exposing whatever lies beyond the object to the viewer. Some are only dark, anamorphic tunnels leading into and through the interior of the gun behind themselves [figure 2]. When viewed from the rear, these tunnels take on the quality of bullet holes entering and exiting the corpus of the object seemingly at random [figure 3]. There are several other such holes throughout the figure of the gun and the top of the flag. The area where the gun emerges from the front of the flag is highly complex and detailed, too detailed to be fully rendered in any besides a monumental sculpture, perhaps one day to be realized. The gun is distorted and sharp, its long, projecting barrel resembling a bayonet [figure 4]. It has a single horn growing out of the base of its barrel, as if as an aiming sight. In the rear, it has the shoulder-stock and grip of an assault rifle, with a melted quality about that geometry. It has a hole where the trigger would be. The descending, forward-sweeping ammo cartridge merges into the bottom of the flag and creates a sort of self-contained pedestal for the object. Despite all this, the whole thing is markedly recognizable.

To my mind, this object is a frightful visage of the reality of the American century. A country built perforce on the backs of slaves, compelling itself forward into the arc of history at the point of a gun. A country of self-taught myths and self-reinforcing hegemony. There is nothing quite so American as the insistence upon owning a deadly weapon. Believing that liberty itself, not political power, flows from the end of a gun. As the wheel of history grinds this empire under its inevitable path, we would do well to remember what brought us to this moment: perhaps more than anything, a belief in the healing power of might, economic and military. The door closes on the American empire, a process that may well take longer than the years any of us have left on this or any other planet. For the sake of Humanity, let us hope this chapter of history ends in a swift, peaceful way. 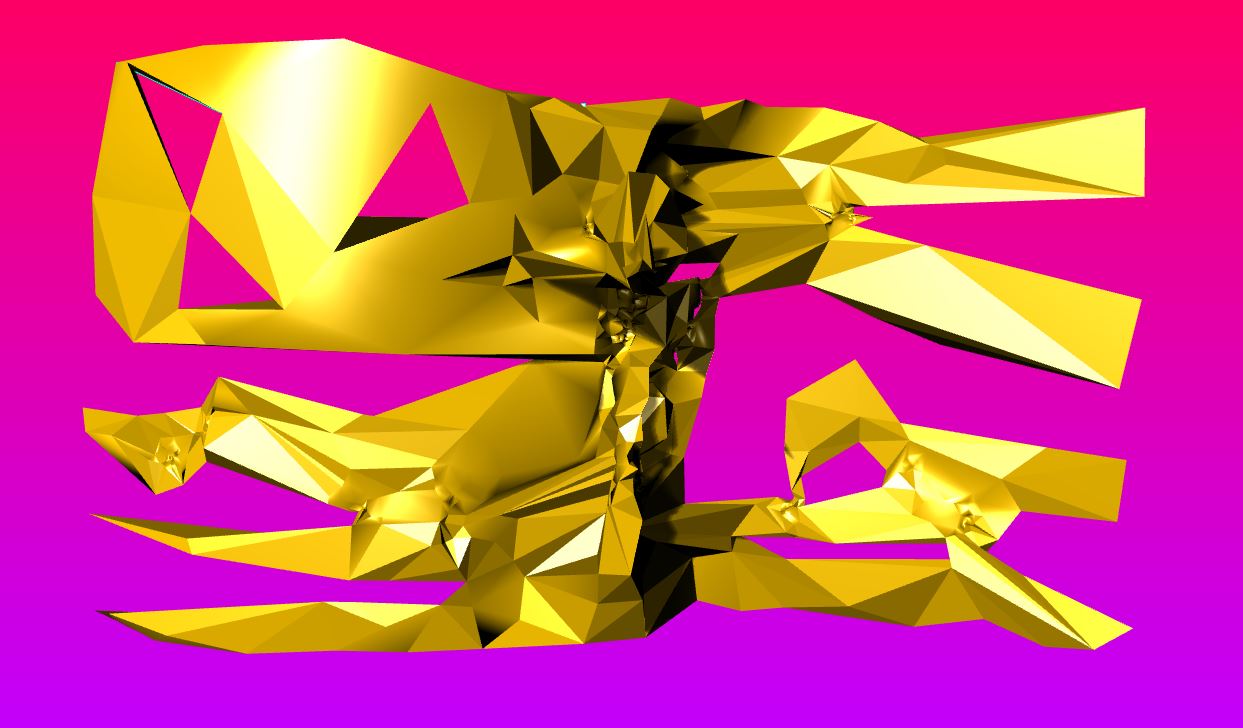 Front view of the completed wavingflag--ar15 combined object. The flag aspect is clearly visible from this angle, the stars and stripes badly mangled.

Anamorphic star-tunnels leading through the body of the object. Viewer must situate themselves at an extreme rightward angle in order to see the full effect of the passages. See next figure for opposite side view. 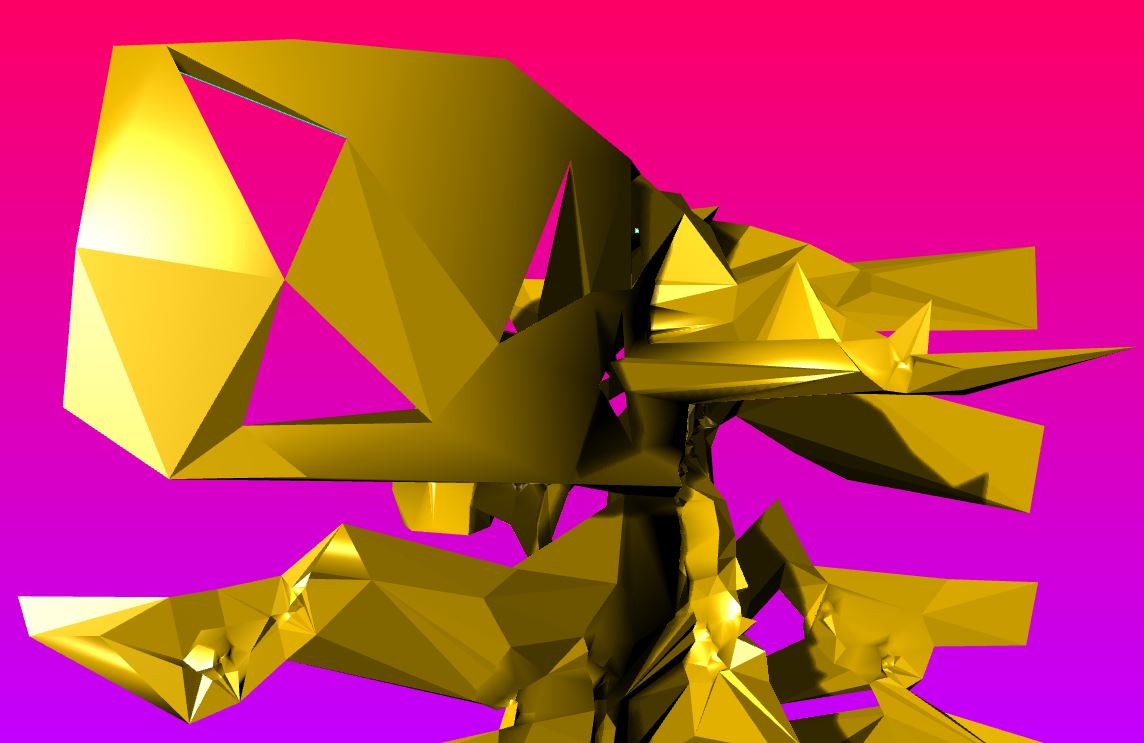 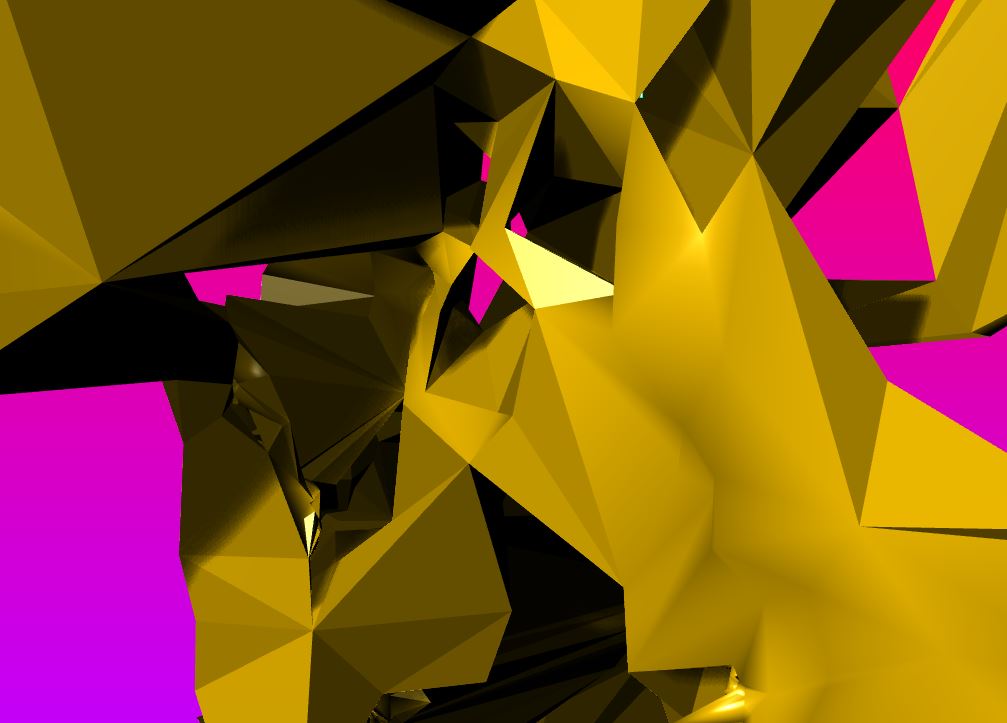 Exit wounds of the star-tunnels. Emerging from the rear-left side of the object near the center, from this angle the passages take on a decidedly violent pallor.

Side view. The AR-15 aspect and apparent bayonet shape are visible in profile. A pointed, horn-like aiming reticule protrudes from the start of the barrel of the gun. There is also a collapsed-looking trigger hole in the expected location, as well as an additional tunnel though the object in the middle of the image. 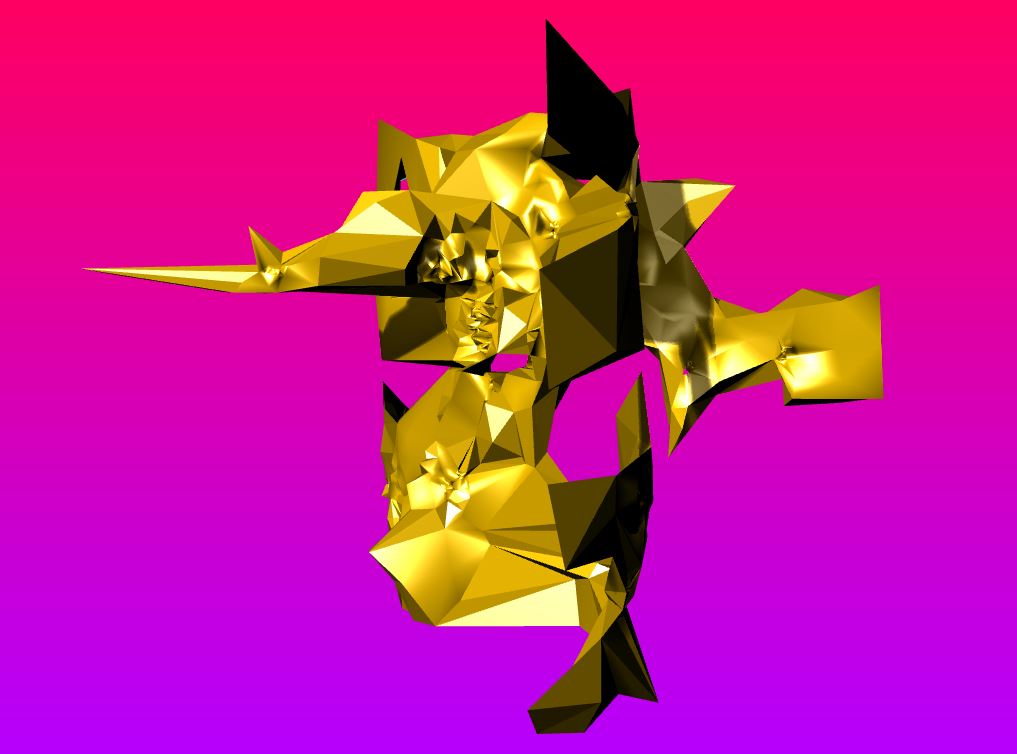 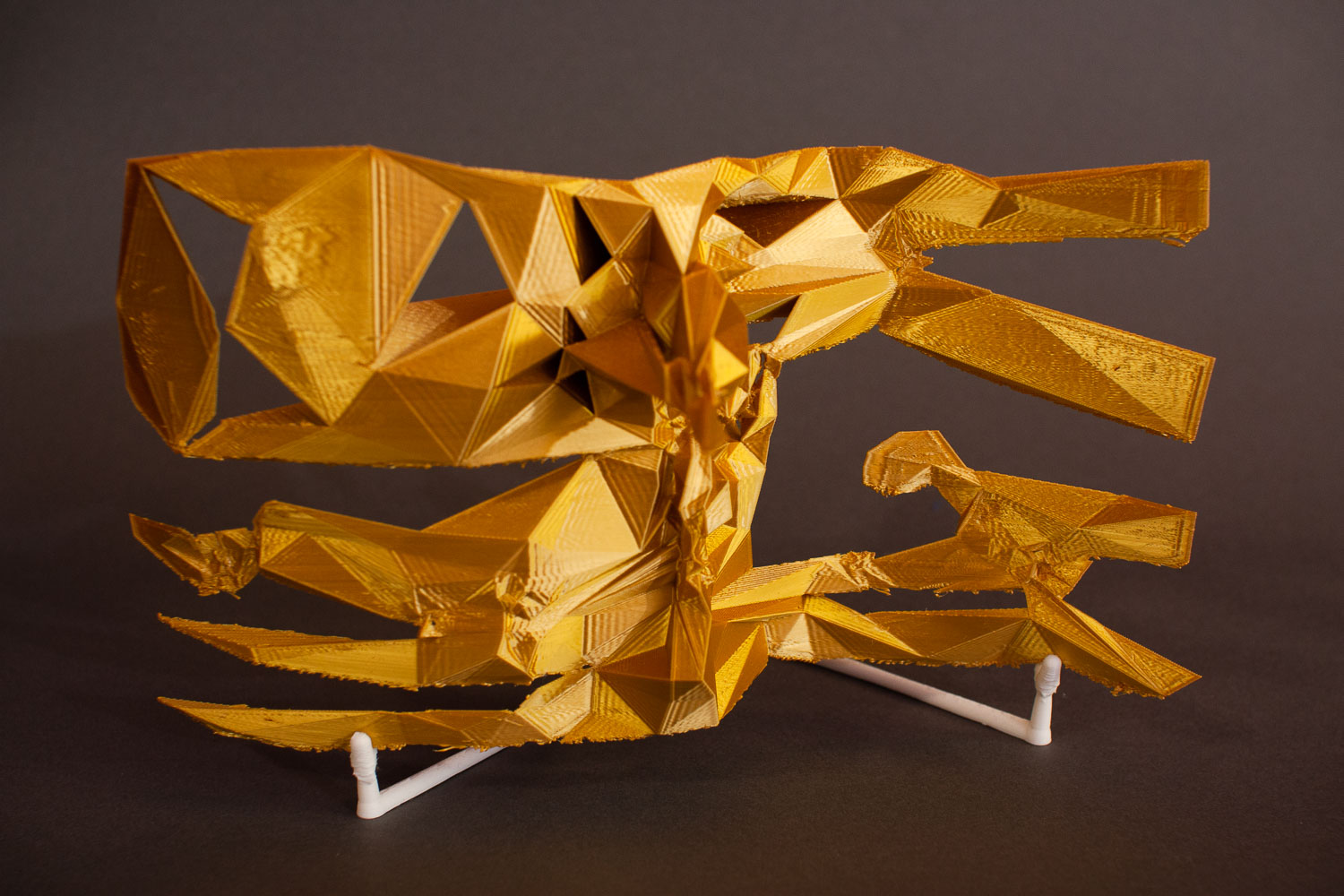 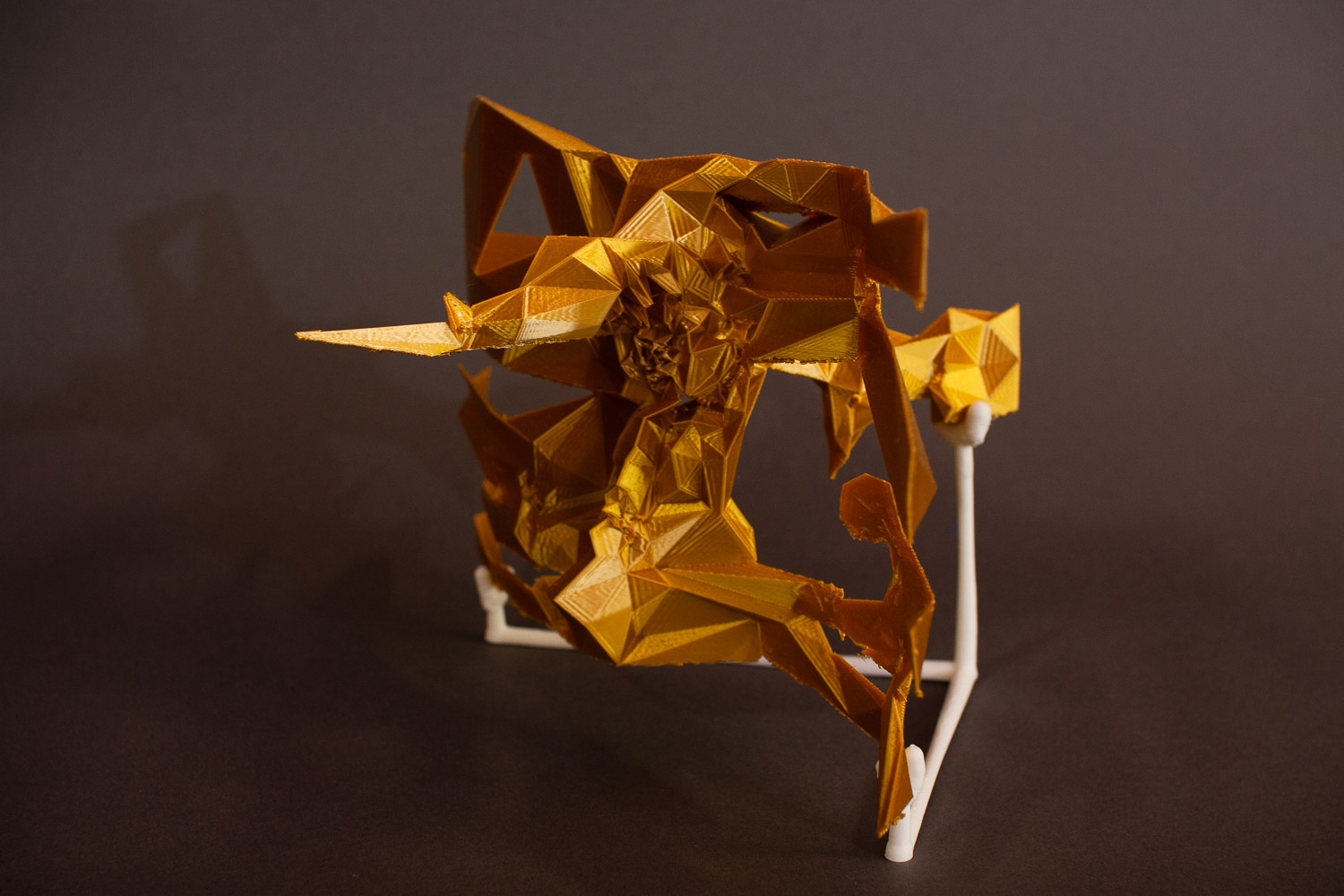 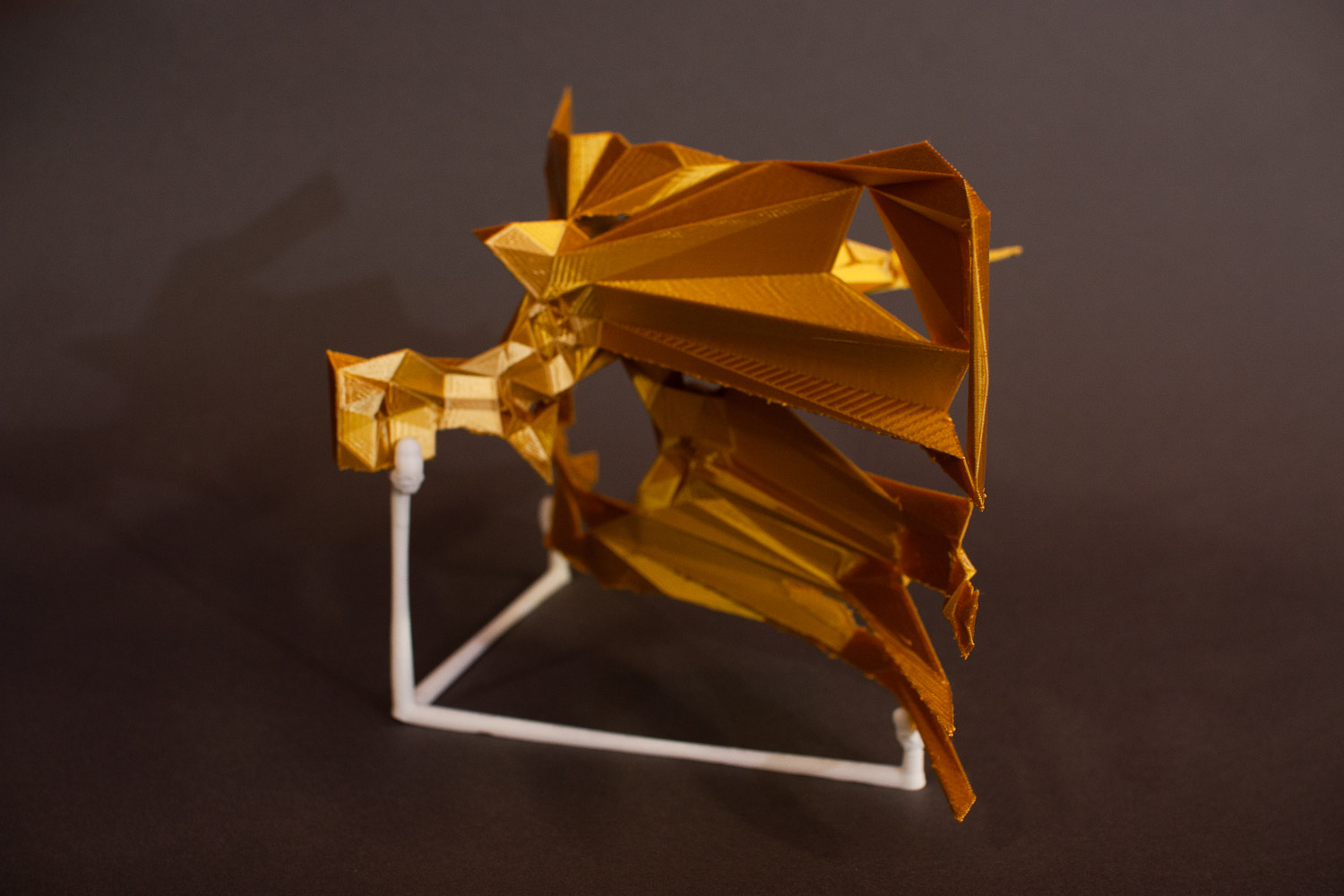 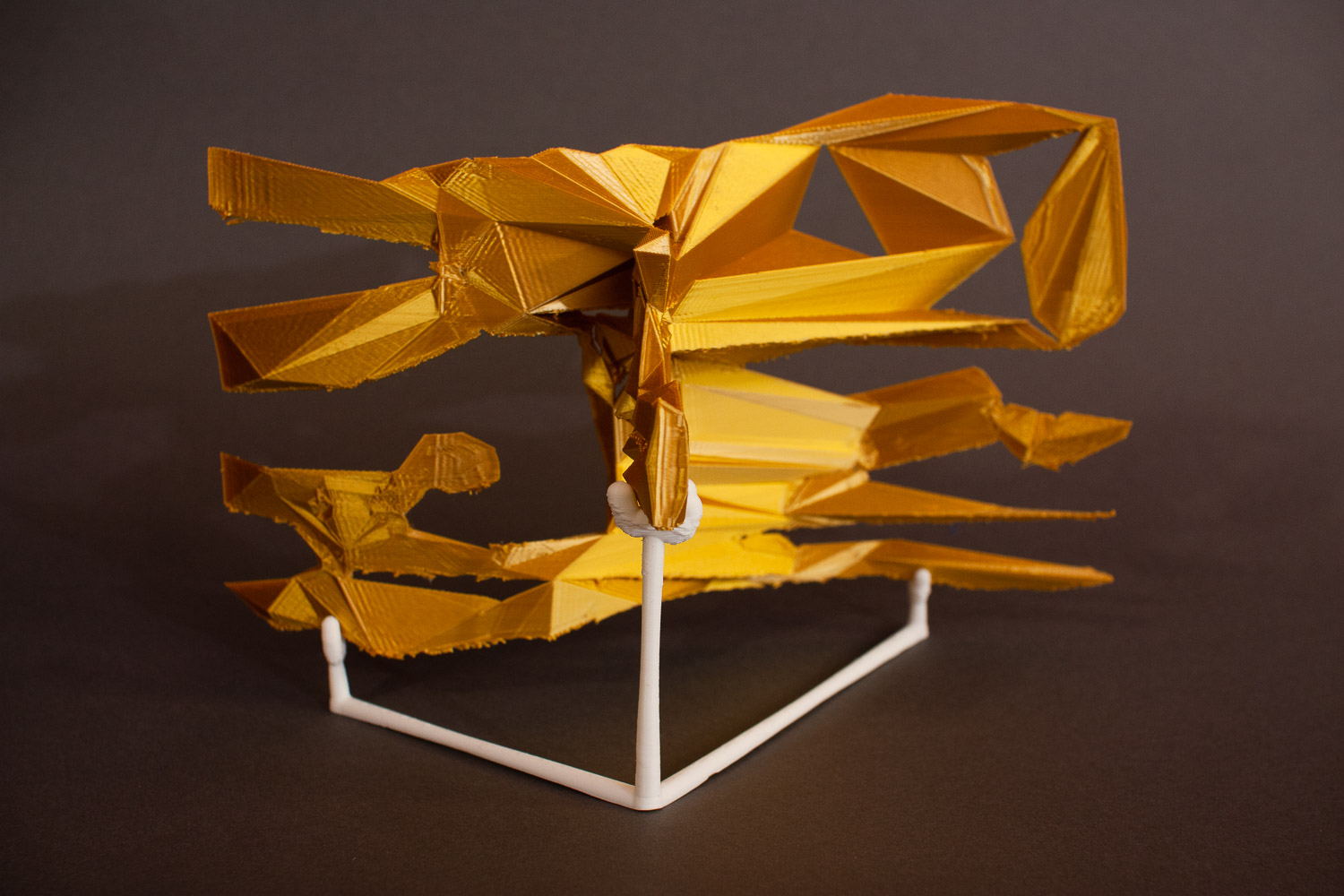